I really liked last night’s sock puppet dragon, so I decided to do another inanimate object. 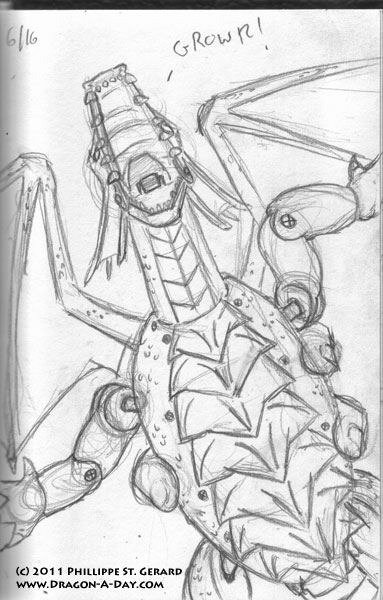 At first, I was going to make it a draconic hand of some kind, but then I wasn’t sure. I ended up with three fingers, but didn’t feel that inclined to change them or add more. Maybe the other two fingers are working the wings or something.

This image is vaguely inspired by the Autobot Doublecross, whose figure I actually own, but it isn’t as articulated as this dragon is. Mine doesn’t shoot sparks, though; as a foolish youth, I damaged his spark-shooter dealie by getting it wet and he never recovered.

This entry was posted in Dragon-A-Day, Online, silly, Sketch and tagged growr, toy. Bookmark the permalink.