“Blast! That’s what I keep telling ya- I need a cave of my own!”
-Gorbash, from the movie “The Flight of Dragons.”

For those of you who don’t know me in Real Life, The Lady and I have moved in together. Problem was, Moving Day was the day that Hurricane Irene was supposed to make landfall, which turned what would have been an otherwise routine move (We had lots of friends willing to help us) into a Race Against Time. 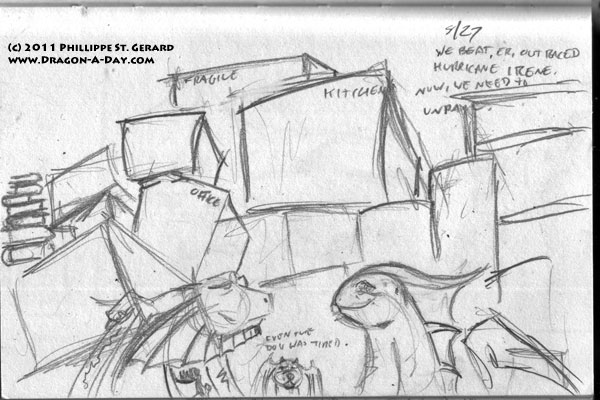 We won, and slept through the hurricane, which didn’t make as many waves as predicted, for we were well within the Safe Zone, and other meteorological things that I don’t really understand. Go Google it.

However, my tablet and computer peripherals were still in a box, so… 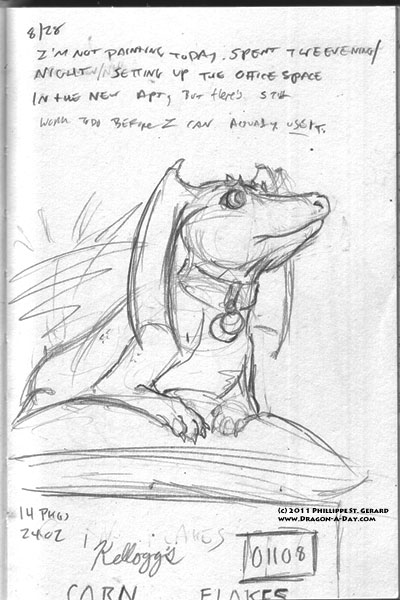 And I don’t know if I didn’t take my vitamins, gripped furniture too hard or what, but I was in more than a little pain for a few days. 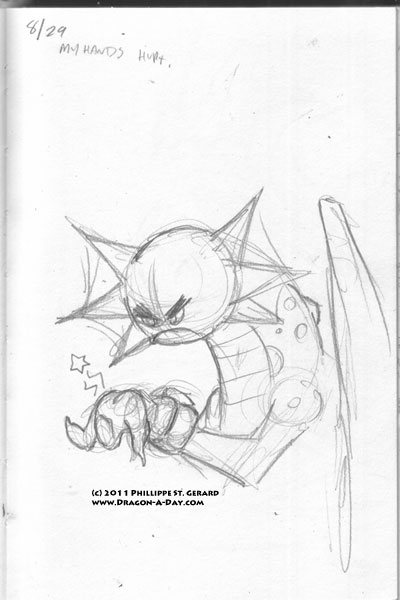 But, through it all, we made it work. 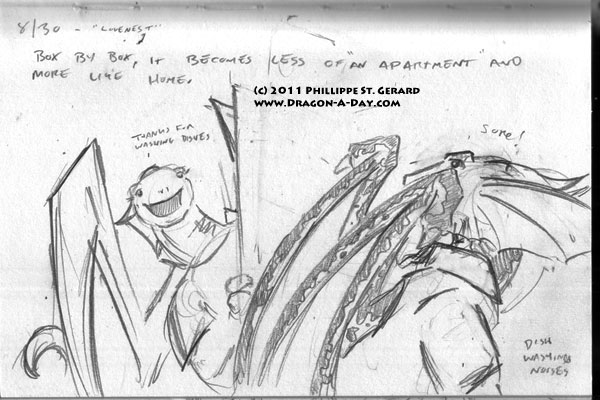 Finally, The Outside World came a-calling, and I had to go back to Doing Stuff for Other Stuff. It’s a far shot from smiles and candy. 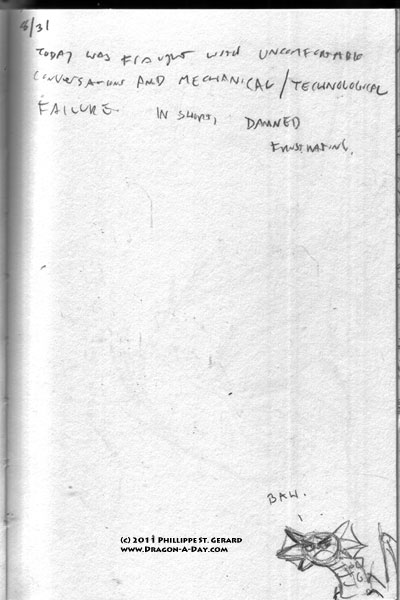 Life went on, and I thought of this dragon while on my way home from a Photoshop talk at the Graphic Artists Guild’s NY Chapter Illustrators @ the Guild meeting. I had been thinking of the old-timey type dragons, and how they were largely aquatic or related to bodies of water, and this came out. 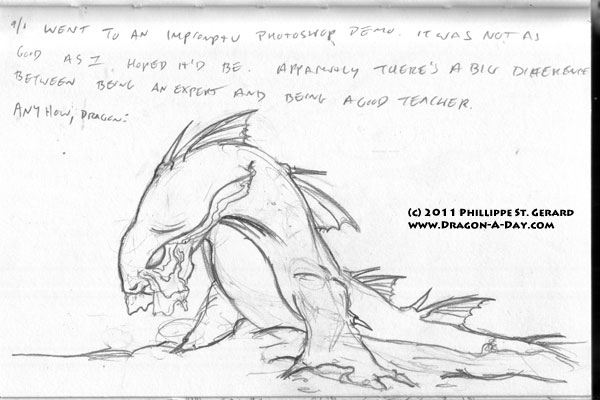 I liked it so much that I tackled it again the next day: 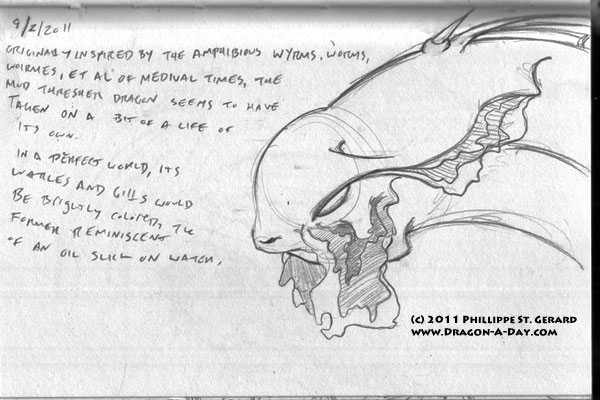 Through most of this time, I had been listening to Manowar’s epic album, Warriors of the World United. This made me want to play a Viking-ish character in D&D. I got to play one in an ongoing Pathfinder game some of my friends were running, so I made a cavalier. His chosen order was (for mechanical reasons) the Order of the Dragon, though I was looking hard at the Order of the Cockatrice, which explains this hastily-sketched legend: 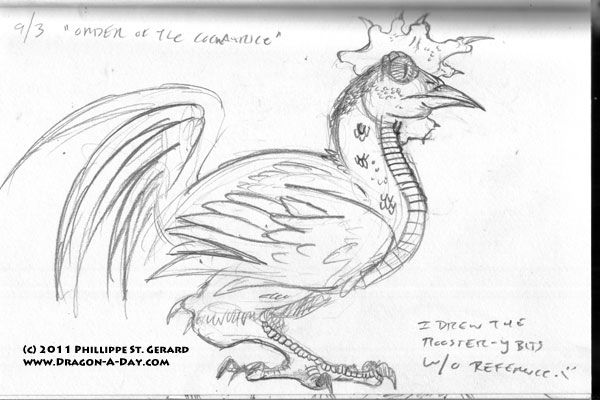 I did paint yesterday, see Speedpaint Sunday 20 for that.

Last but not least, I had a long, not-very-fun Labor Day, and spent probably around half an hour staring at my sketchbook trying to get excited enough to draw something. I did this: 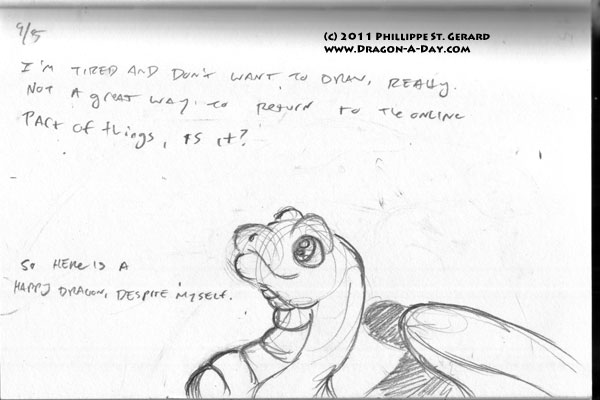 I had originally wanted to do a rendition of this happy dragon, but couldn’t remember if I had posted him online or not (obviously I had). Searches using the Search Button on the right proved inconclusive, because they don’t search through the excerpts, and I have no idea why (if anyone from WordPressland is listening, that’s something that you really ought to fix, seeing as that’s what’s displayed in my archive). So I ended up finding this one and running with it.

And that’s how I spent my Summer Vacation.