Some of the stuff that I heard at the Photoshop talk stuck with me and I wanted to try them. So I finished digging out the office space in the new apartment and wrestled with Photoshop. I’m not entirely satisfied with the way that my workspace is set up yet, and I didn’t know enough about painting/airbrushing to make what I saw/learned work (and there were some version differences that made it difficult to replicate what I learned- the presenter was two PS versions higher than me): 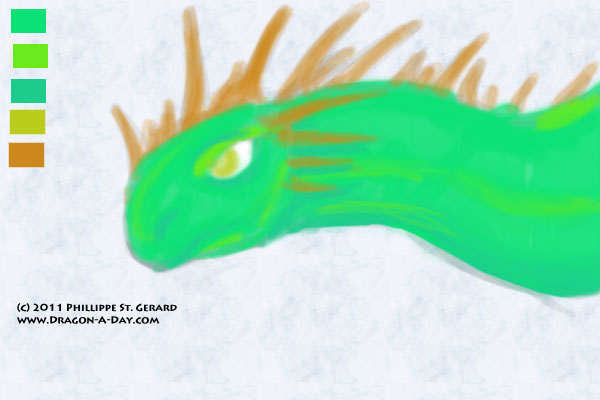 I spent more time wrestling with space and brushes than painting, and it shows. The sketch was decent, but the end result’s not that spiffy. Like I’ve said before, I need to spend a day playing with brushes and make some that I just keep working with; at least now I have a slightly better idea of how to go about doing it.

This entry was posted in Speedpaint Sunday and tagged brushes, Photoshop, technique. Bookmark the permalink.