It’s been something of a tiring, tedious day. I tried to fix the resemblance between last night’s Skitterclimb and the Macejaw’s iconic face, and didn’t get very far: 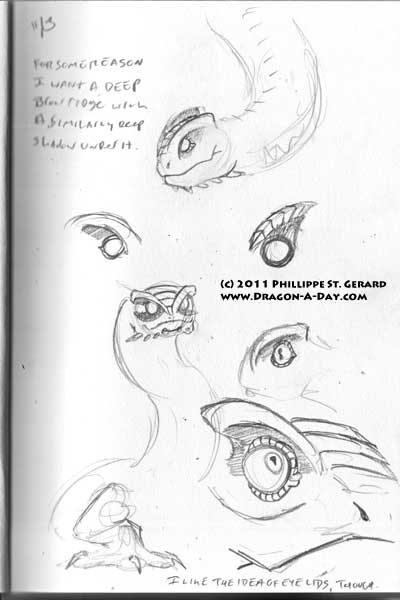 Like I wrote, I’ve been kind of fixated on fixing the brow ridges first, that and the shadow that they cast, which I believe is the largest part of the resemblance. Looking more closely reveals that I might be wrong, but last night it was really bothering me that they were kind of running together.

I guess I’ve been doing it this long (about 2 years and a month or so as of September), so I was about due.

This entry was posted in anatomy, Dragon-A-Day, Online, Sketch and tagged macejaw, skitterclimb. Bookmark the permalink.