Getting away from the deeps and up into the mountains. 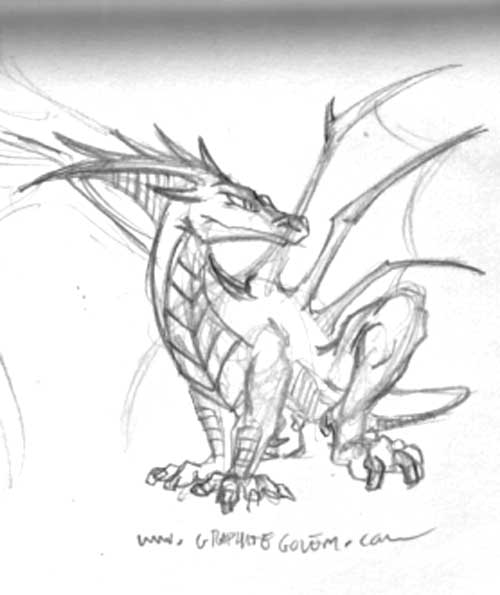 This compact fellow was dubbed “cragtop dragon” in my head. Built for jumping, climbing, and gliding instead of soaring, this medium-sized fellow’s stubby claws and powerful thighs are perfect for gaining holds on treacherous slopes or fast-moving prey, like goats or sherpas.

I had originally planned to make some sort of rant about the wings on the metallic dragons of Dungeons & Dragons not really being suited for flight being the reason that I gave similar structures to a gliding dragon, but I’m too tired tonight.