Past the one-week mark, and while I haven’t quite run out of ideas, I did find myself trying to come up with something interesting to say.

I guess this installment is about how (relatively) easy it is to come up with a concept when given a keyword to build around. Today’s was “sailback.” 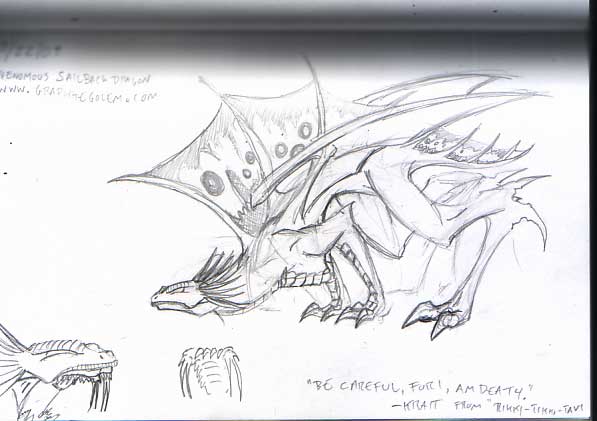 At first, the extreme curve of the spine almost called for an equally extreme curve of the neck, but drawing it was too painful. Also, I had first thought that the dragon would live on the plains for some reason, but that was dumb. Then, I started thinking about coloring, and it seemed like the sail would be a good place to throw a bunch of different colors, like on a jungle butterfly, which led from jungle to snake, which led to venom, and here we are.