I slept for 11 hours after making yesterday’s post, but I am still catching up on sleep after a lot of late nights and earlier-than-optimal starts.

I wanted to write something about the often-discussed concept of the sleeping dragon, but I’m too tired. It was best put in an article on draconic psychoses in the now-defunct print publication, Dragon Magazine, that dragons probably spend relatively short times being active in between longer periods of resting, which might explain how a dragon does not depopulate the area that it settles in, along with the relative low number of dragon sightings in most fantasy realms.

Or maybe they’ve just got defender. 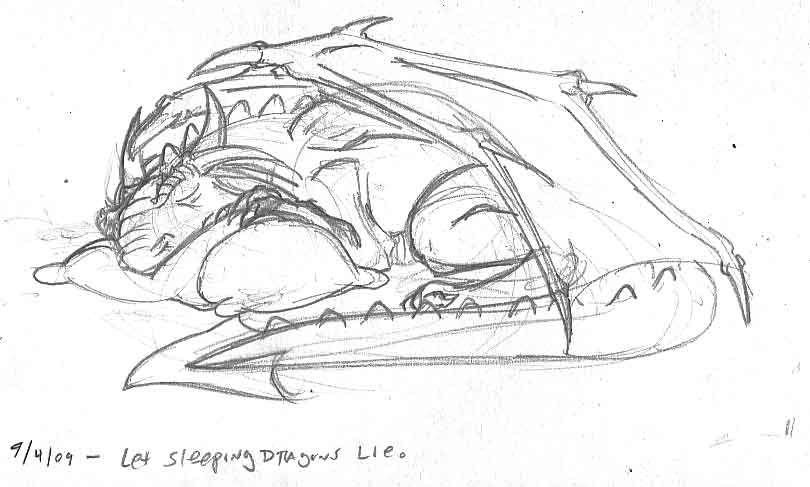 Towards the end, I had wanted to draw in a hoard under the sleeping wyrm, but it’s a lot cuter with just the pillow.

This entry was posted in Dragon-A-Day, personal, Sketch and tagged pillows, sleep, sleeping. Bookmark the permalink.