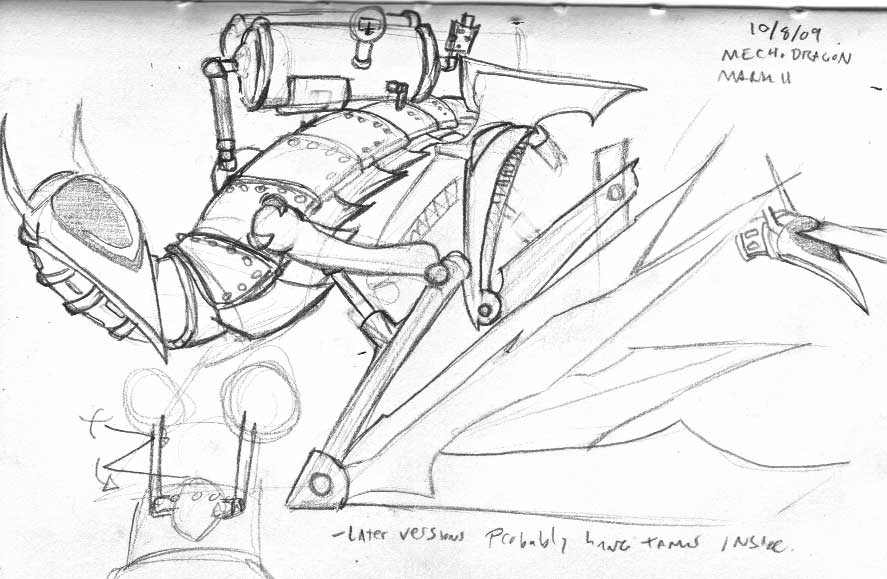 “…black glass, to see through the night, and steel, child of iron, for they are weak against iron, and properly-forged steel can even withstand dragonfire in proper amounts.”
-From the original tome, On Forging the Metal Wyrm

“They do not eat, they do not sleep, they do not tire. They are as smart as men or dwarves, but know not fear nor mercy. As long as our mages can direct them in battle, they will assault the cities of the elves endlessly, and lay them to waste.”
-captured encoded missive, writer and recipient unconfirmed.

“What do they want? The dwarves will take your wealth, the men, your women and children. It is aberrant enough that the two of them work together at all- we must expect the worst of them both.”
-Tukh, of the Council of Wyrms on the eve of of RootFall.

“They came on wings of bloodied steel, spitting not fire, not lightning, but red light that cut down elf, beast, even dragon and wall. we could not stop them… We could not stop them.”
-Marshal Xan’kir of the Roothold, last words (committed to memory by his squire).

This entry was posted in Dragon-A-Day, Sketch and tagged mechanical, steampunk. Bookmark the permalink.