Okay, so here’s the good news: despite waking up 3 hours late and spending the morning emailing people about work things in Boston, I managed to drop shadows on those two dragon heads from yesterday:

And for the sake of argument, the smaller version, though it probably needs a background of some kind:

The bad news (such as it is): While I’m quite happy with how the above has come out, I started trying to ink n’ paint something a little more complex/larger, and came away annoyed. Really, I just want to be able to draw something, and not have to spend 11 hours inking it, which is pretty much how it feels with this vector thing. Add to that the fact that some tools almost arbitrarily don’t work with other tools (and don’t tell you that they don’t), and my annoyance suddenly starts to make more sense, but I don’t know what to do.

I started out with this: 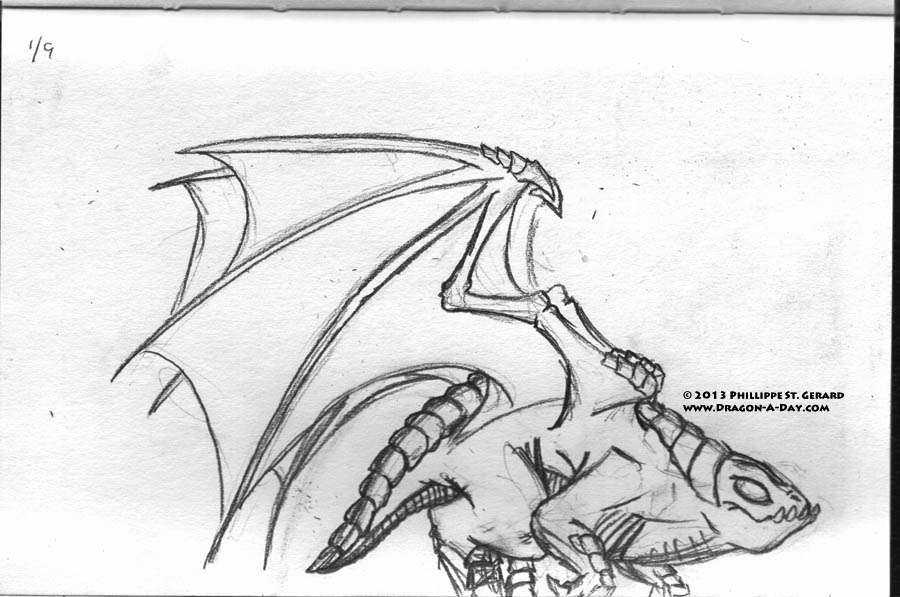 And really, I don’t have anything worth showing you for what I did over the last hour  and more. Drawing the outsides/insides of all the scales (like I did to a much smaller extent on the right-side dragon above) would have taken Forever and A Day, so I tried working with various brush settings.

So I guess the bottom line is that I need to figure out some sort of transfer method and get back to my roots, because this digital stuff is just making me unhappy on several levels…

Which is unfortunate, as I’ve already committed a large pile of money to professional advertising, and now it seems I am in the midst of switching styles (a swift action in-game, but probably a montage-worthy process in real life).