On a less personal note, while working on this, I decided that I ought to add some sort of fins, because it didn’t feel “dragony enough,” or something like that. I might not have used those exact words, but you know what I mean: 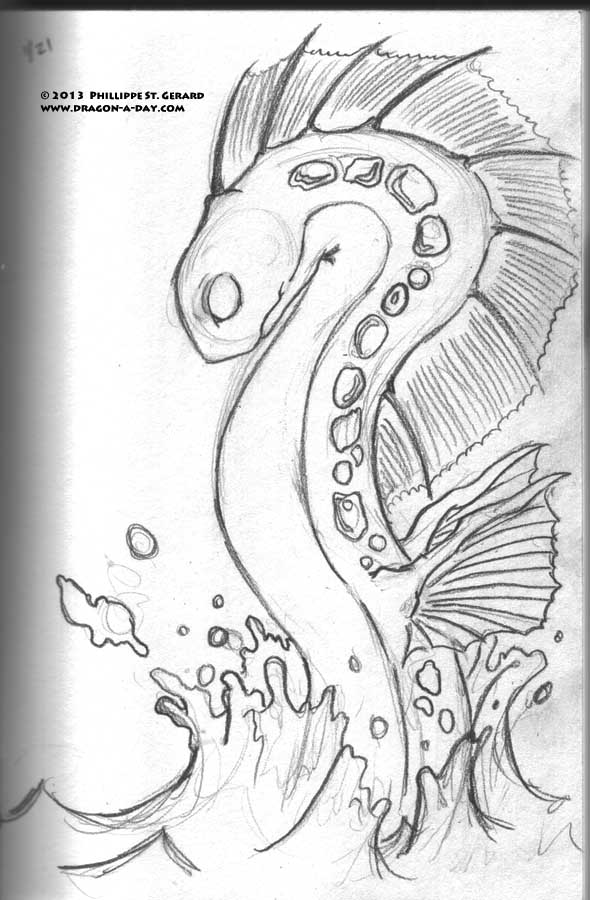 Which led me to wonder: On those old maps that are so often parodied, when they say “Here Be Dragons,” did they mean any specific type of dragon, or did the idea of the presence of a sea serpent (or similar) suffice?

…Nevermind, I have answered my own question, at least partially:

The only known historical use of this phrase is in the Latin form “HC SVNT DRACONES” (i.e. hic sunt dracones, here are dragons) on the Hunt-Lenox Globe (ca. 1503–07). Earlier maps contain a variety of references to mythical and real creatures, but the Lenox Globe is the only known surviving map to bear this phrase. The term appeared on the Lenox Globe around the east coast of Asia, and might be related to the Komodo dragons in the Indonesian islands, tales of which were quite common throughout East Asia.

So it would seem that “dragon” becomes a catch-all for “mythical creature” in this case, especially since so much of the Known World was still largely uncharted.

And now, you know.

This entry was posted in anatomy, Dragon-A-Day, Online, philosophy, Sketch and tagged music, sea serpent, what makes a dragon. Bookmark the permalink.