(Sorry about the skipped days, but it’s been a little crazy here.)

So while on my way to a night of Hanging Out at A Bar (something I haven’t done in awhile and do not really miss), I was wondering if I ought to come up with some sort of scale pattern for the Frilled Marsh Dragon, so in the midst of trying to figure out how all its pieces would fit together, I started fretting about the outside of it. 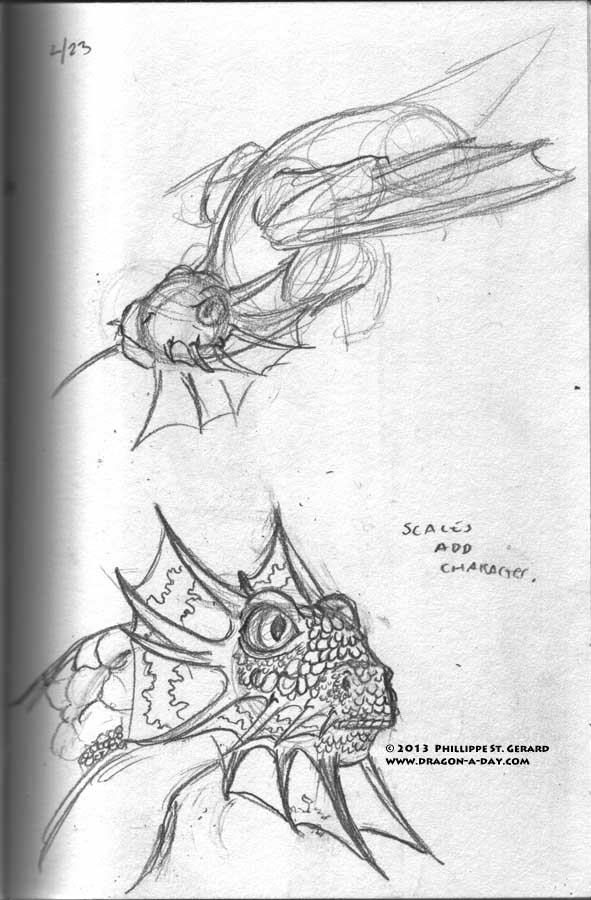 However, I did have the pleasant random thought “Scales add character,” and idly wondered what some of the other recurrent dragons in my, um… collection (apparently there is no official collective noun for a collection of dragons, though I had believed it to be “flight” or “slew,”) might look if they were obviously scaly all over, and yeah, it’s kind of weird that so many of them aren’t, but it’s just not something that ever really stands out to me.