So there’s this Pathfinder (and no, I’m not making a separate “Pathfinder” tag until there is something relevant to the blog that makes the two substantially different from one another) game I play in. We’re around 11th level, and somehow I got handed the reins of the game while the story is in a bit of flux and the DM gets his ducks back in a row.

Since no one in that game really pays attention to this space, without giving anything away, I shall share with you all what was on my mind as I tweak my original adventure idea into something that will (hopefully) suit the group’s tastes and sensibilities. 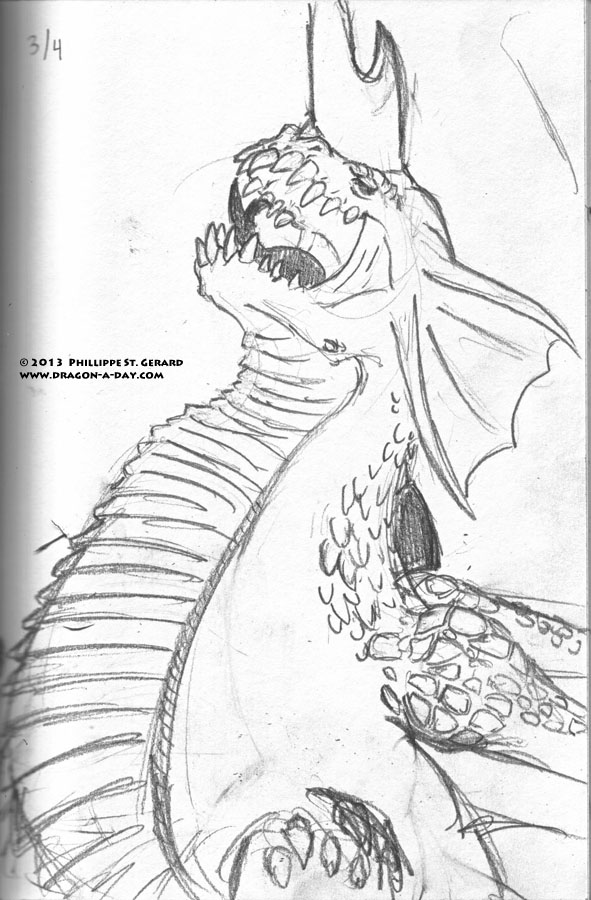 EDIT: I actually came up with a better idea. Well, almost.

EDIT EDIT (this was supposed to be in the post originally, but probably got eaten by Internet Demons): even though I’ve done blue dragons at least once before, I decided to draw this from memory for some reason, which is why it’s not as “on-model” as it could be.

This entry was posted in Dragon-A-Day, gaming, Online, Sketch and tagged chromatic, D&D. Bookmark the permalink.