With A Little Help From My Friends:

Some of you might remember that two-headed dragon image I’ve been wrestling with. Last night/this morning, I got some amazing feedback and a totally unexpected offer of additional aid from Mike Bocianowski, fine artist, creator of Yets!, and all-around awesome guy. 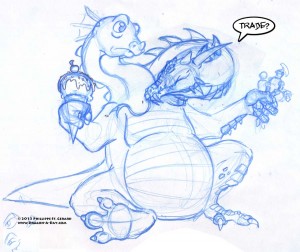 Phillippe,
I like the way you are developing your linework it has a lot of dynamic energy! Great dragon body! The pose and gag are d*mn tough to convey. It is something about the expressions, the right one could be more conniving (tough to explain in words) the left one’s eye should be looking at the other’s face or the hand holding the knights (it looks like it is looking at the word balloon). May I try a “draw-over” on your piece, this week? I would email it back to you and not post it.

I was thankful for the feedback, as I spend about 13 hours a day sitting by myself, wondering if I’m getting any worse at what I’m supposed to be doing. So I enthusiastically agreed to his offer to draw over what I’d done, and mulled over the rest, which resulted in these: 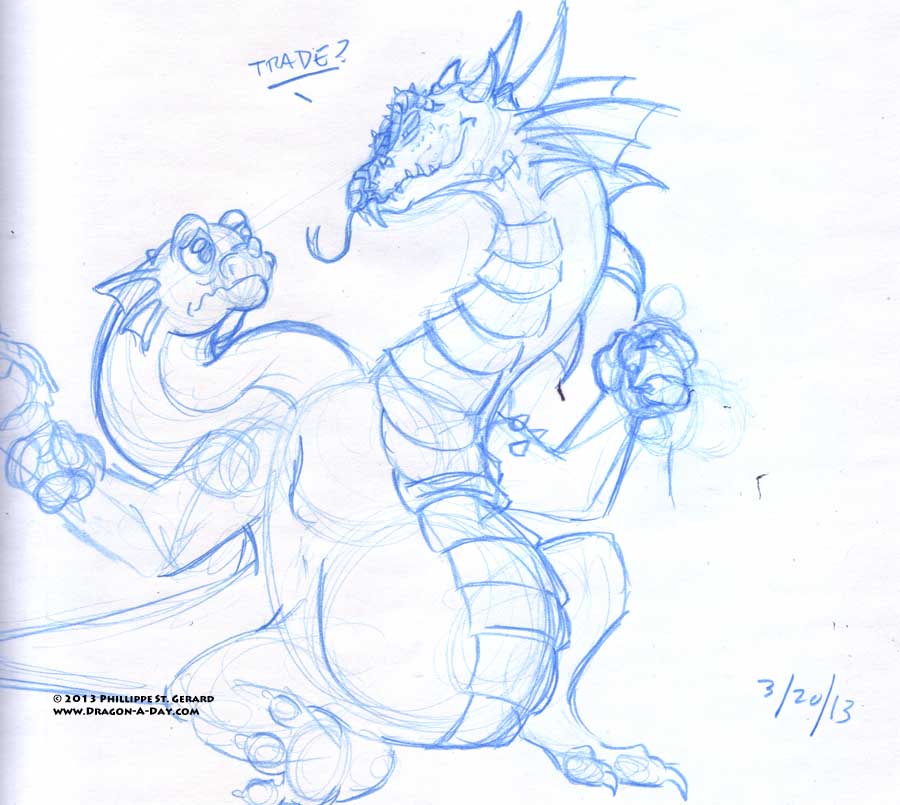 The first was lightning in a bottle; I was really happy with it, though I got stuck on trying to put the right-side head at a 3/4 view, feeling that a full profile wasn’t going to work. Anyhow, while I was doing those, Mike went and did this (click to fullview and read all that useful text): 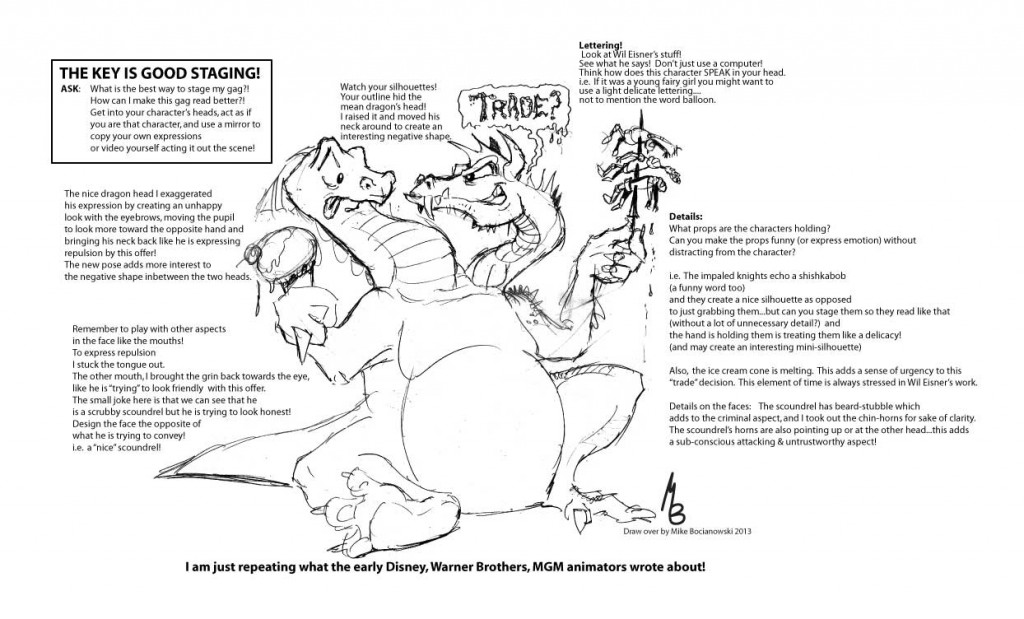 So I’m going back to the drawing board on this, but at least I don’t feel like I’m going quite so alone. In addition to showering Mike with praises and effusive thanks, I felt compelled to do some Yets! fan art (though the jury is still out on whether or not it’s a decent job): 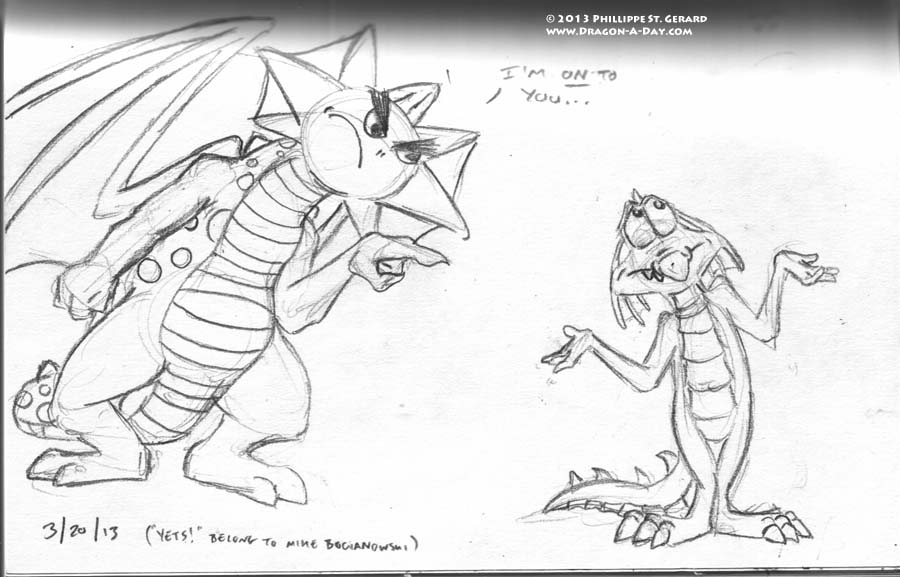 The idea was based on the (partly-correct) assumption that Yets are not dragons. Technically, they aren’t, at least as far as I understand it- humans call them dragons because they’re incapable of pronouncing their race’s name. Therefore, my intention might have been accurate. Add to that the fact that Yets take offense at being called dragons, and all that one can do is shrug helplessly as the Annoyed Dragon (who does not share that sentiment) comes out and calls a Yet (named so because they don’t have a name… yet) a dragon, because the bushy-browed cousin doesn’t know any better.

By Helping My Friends:

So that request last night was

“can you draw a dragon that eats committees?”

So I thought about it, and realized it probably goes without saying that nearly all the dragons in my menagerie could take on an almost-infinite number of tenured college professors (though obvious circumstantial exceptions exist), so the idea of a dragon that specifically fed on such creatures was an odd one. Nevertheless, it was on the Request Line, so here goes:

Now, I have a list of specific adaptations for this dragon, but I think I will run it by the requester first- she has more experience in this arena than I do, and some of my design choices are probably influenced by things that she has said in passing as opposed to the actual reasoning behind the request.

And on that note, I really need to go to bed. See you soonish.