For the sake of Internets, here is an image to fill space and get picked up by Facebook before I get to the good stuff: 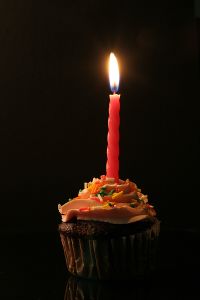 Image © nazreth. You can get it here.

Now that that’s out of the way, remember that color problem I was having? Well I fixed it, and I’m foolishly happy about it.

The red circles are for my reference, and I forgot to take them out when I .jpg’ed the file. Sorry. But you get the idea, and the solution was sitting under my nose the whole time when I first started exploring this idea in the first place:

I had actually forgotten about this, and while I was trying to figure out what to do with the conjoined, it suddenly came to mind, and (at least to me) it worked marvelously, though I made the colors a bit closer to each other than they are here. Still have shadows to drop, but the hardest part is over (although the “Simplify” command in Illustrator has failed me, but that’s another story entirely).

Anyhow, I know that the person I was working on this for read this blog on occasion, so I didn’t want her stumbling across the near-final WIP. The conversation went like this:

Me: Hey, you haven’t been reading dragon-a-day, have you? It’s fine if you haven’t, but I was going to post something tonight about what I was working on for you (assuming that you haven’t already seen the other posts and figured it out by now), because it’s almost done.

Her: I mean, I read the royal family had a baby this week…
should I not read it tonight or definitely read it?

Me: Depends on if you want to be surprised or not.
It’s up to you. when I had been posting the other WIPs, I forgot that you sometimes read it.

Which might not have been the best (or kindest) thing to do, because basically I told her to not think about elephants, and while she decided that she would rather be surprised, she likened her mounting curiosity to the longing for cake described here.

So I plan on hurrying up before she implodes.

This entry was posted in Dragon-A-Day, Online, personal, Sketch and tagged Birthday, color, coloring, Holiday, Internets, my dragon, other websites, Similar but Different. Bookmark the permalink.