So, remember that job I was all excited about?

Well, despite everything, my hard first day of August 21 has been moved to some unspecified date in September. I’m more than a little unhappy about this, and spent most of the day after finding this out under a dark cloud.

Then blah blah blah, draw your feelings blah blah blah, I came up with the idea of The Dragon of Nope. Similar to the sleep-hoarding dragon, this nefarious creature delights in the crushing of mortal hopes, leaving a trail of broken dreams and shattered plans in its wake. 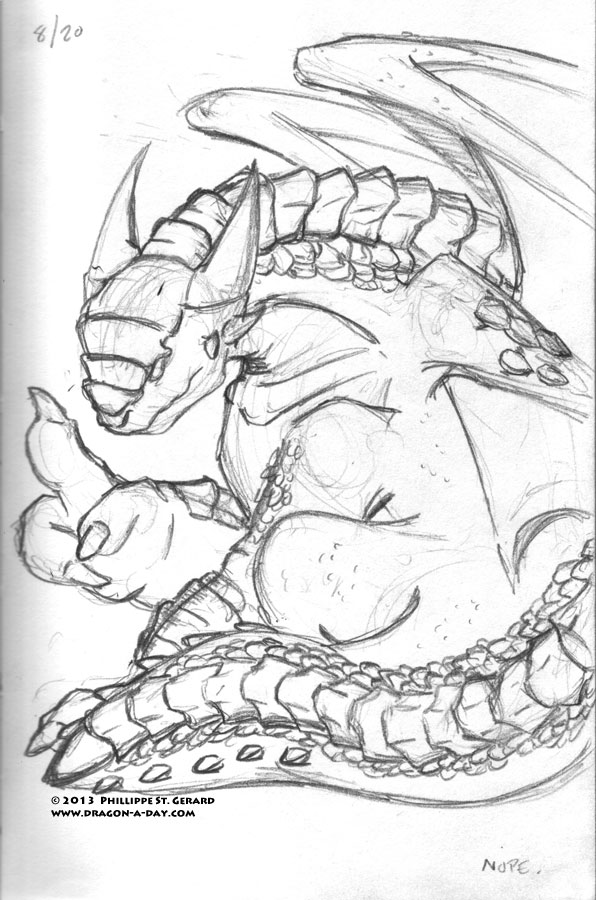 At first, I had the scales down the back and on the head not overlapping at all, but then I felt it looked as though the dragon were made of masonry, which might have been appropriate, as I wanted the dragon to be fairly massive, but then I felt that it wouldn’t really be able to move, so I made them layered, and I think that it works a lot better.

And there was no way that I could do something like this without at least thinking about another legendary finger wag:

This entry was posted in anatomy, damnit, Dragon-A-Day, Online, personal, Sketch and tagged NOPE, scales, stuff for other stuff, work. Bookmark the permalink.