I spent most of today feeling kind of like this (well, from about 0:43 onward), even though I shouldn’t.

I had a long rant that I was totally prepared to throw up here, but then I went out, had a cannoli and sat in the park. It also helped that I wrote out my (now somewhat redacted) rant as I sketched tonight. If you can read it, you deserve to know what’s in it: 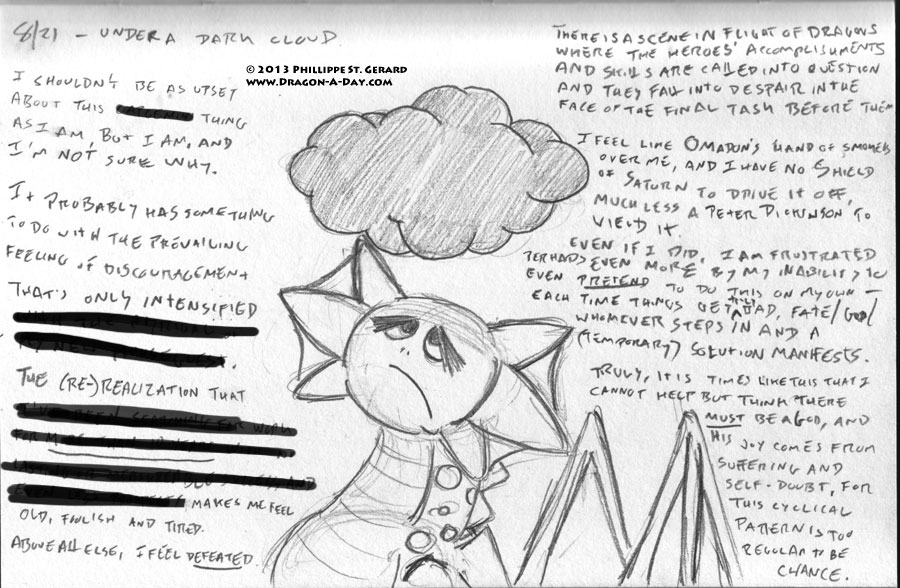 Click to enlarge. Again, if you can read it, you get the prize of knowing what’s on my mind.