Everything was kind of blah today, until I sat down to sew some clothes.

So I’m going away tomorrow for a week. I’m going here, and somehow I’m not very thrilled about it. The important thing is that there’s been some clothes, a shirt missing a button and another button about to fall off, and a pair of pajama pants that ripped while I was putting them on a month or so back that I didn’t want to throw out- I was sure I could fix them.

But I never did. I decided that I would fix them before I left, because I didn’t want to come home to torn/damaged clothes sitting on the radiator in my bedroom. So I looked up how to sew a button (which was way easier than I thought it would be), then laid into the massive rip in the pajamas with needle and thread.

The whole process was very relaxing- it forced my mind away from all the stuff that’s been bothering me lately, and I concentrated on not ruining the garment any further. I rushed towards the end when i realized the lateness of the hour, but when I finished, I felt lighter and maybe not happier, but definitely “less miserable,” than I have in the last few days.

I remember seeing something about the meditative properties of making bread, and while I don’t believe that this is the original piece (I believe I read it in a physical form), the above link is pretty close to what I’m trying to describe.

So anyhoo, here’s something I did in honor of this momentous occasion: 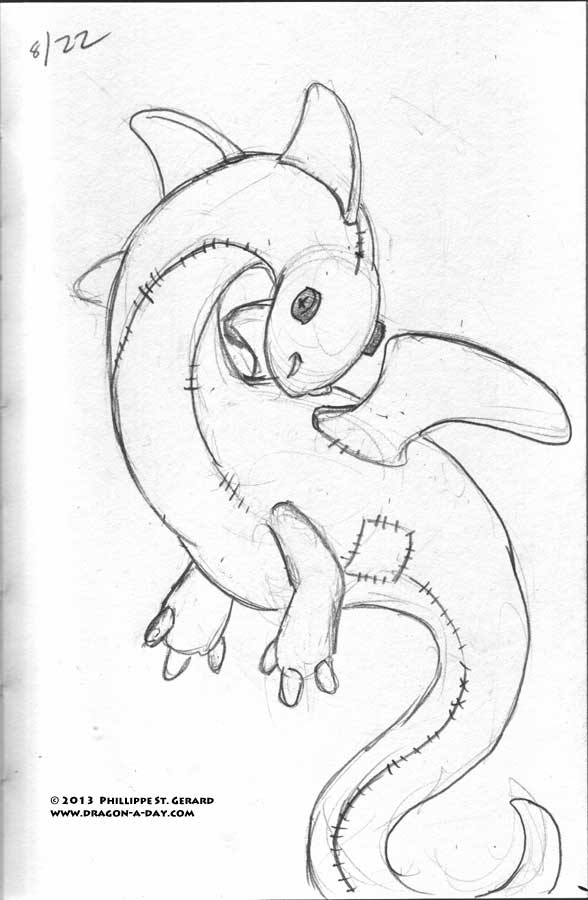