So I had my tax class tonight for the first Friday ever (so far, we’ve had web-based days on Fridays, but now we’re getting into complex, multi-sheet aspects of Ye Olde Taxe Code), and the lesson part was kind of boring (we went over the reading again instead of going forward), but we had a graded review due for Monday.

Basically, it’s a tax return, done by hand, but it’s a significant part of our grade. It took something like 2 hours to complete, mostly because I was tireder than I thought and slipped up with the Qualified Dividends and Capital Gains Tax Worksheet (which is misprinted in our workbooks, to boot).

Anyway, I finished the return and associated sheets, but I really told you all that mostly so I could tell you that I am wrung out from reading small print and repeatedly plugging in numbers, so I will just leave you with sketches I did during the in-class portion of my evening: 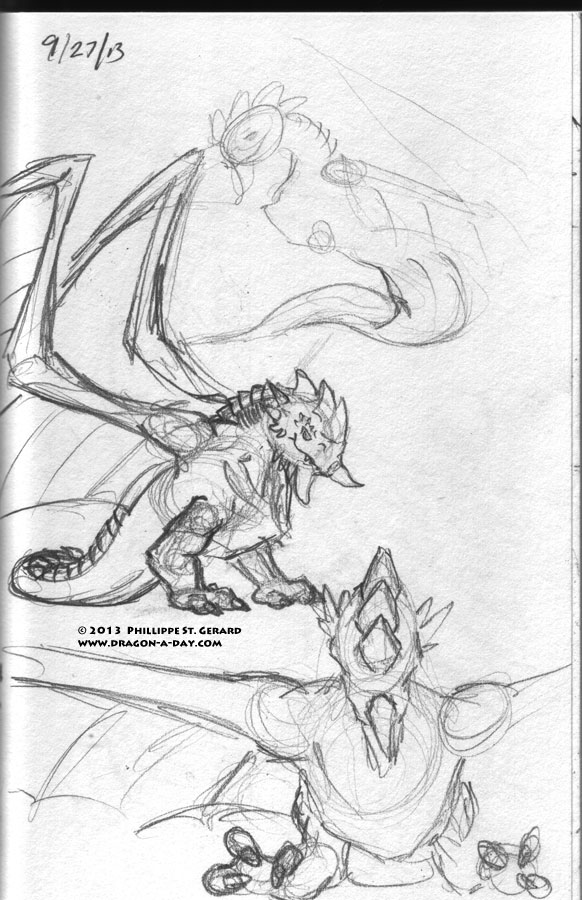 I was mostly trying to nail the silhouette and figure out how the wings might work. I am thinking that they might be like the wings I came up with for the Frilled Marsh Dragon (that I really ought to complete!); they had a muscular base and were light on accoutrements… 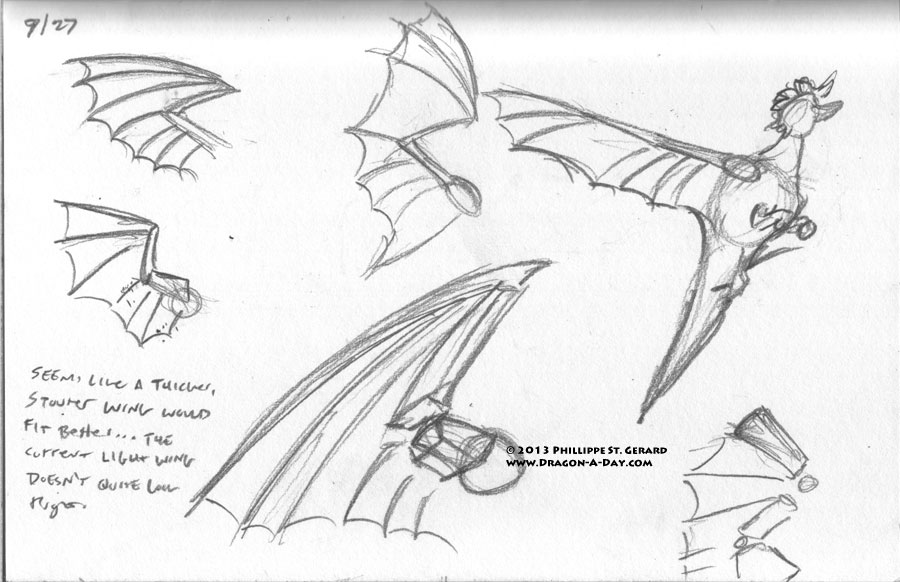