So it’s apparently that time of year where everyone gets sick or something, because my current temporary roomate has a cold, and believes he caught it from me. From a little more than two weeks ago.

His theory doesn’t hold up, as I woke up with a slight frog in my throat as well. Chances are he brought it home or we got it from a mutual acquaintance.

Anyhow, while thinking of titles for tonight’s post, I looked up synonyms for “plague.”Check out the last word in the third column.

Synonyms for hydra include:

And, oddly enough, “tarragon,” but only in the context of hydra as dragon.

Now, at first I was going to just draw the Plague Dragon and go to bed, but now I feel like  I should do something more ambitious. At the same time, I don’t even know what tarragon tastes like. I’m feeling pulled in too many directions here when I should just get some rest so I can hopefully avoid any further complications. Gah. 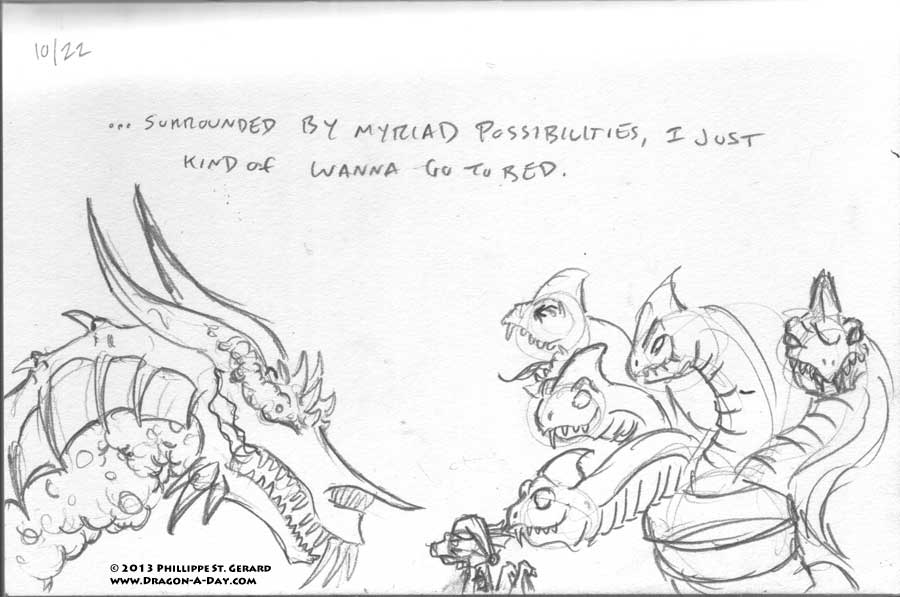 I will totally admit that I’m phoning it in tonight, but like I said, I really want to get some rest.

This entry was posted in Dragon-A-Day, Online, personal, Sketch and tagged catastrophic, my dragon, plague, random word, sick, To Do Hydra. Bookmark the permalink.