I almost did something about the spats of snow we’ve been getting in NYC, almost as if the skies are warming up for Something Significant, but instead drew this: 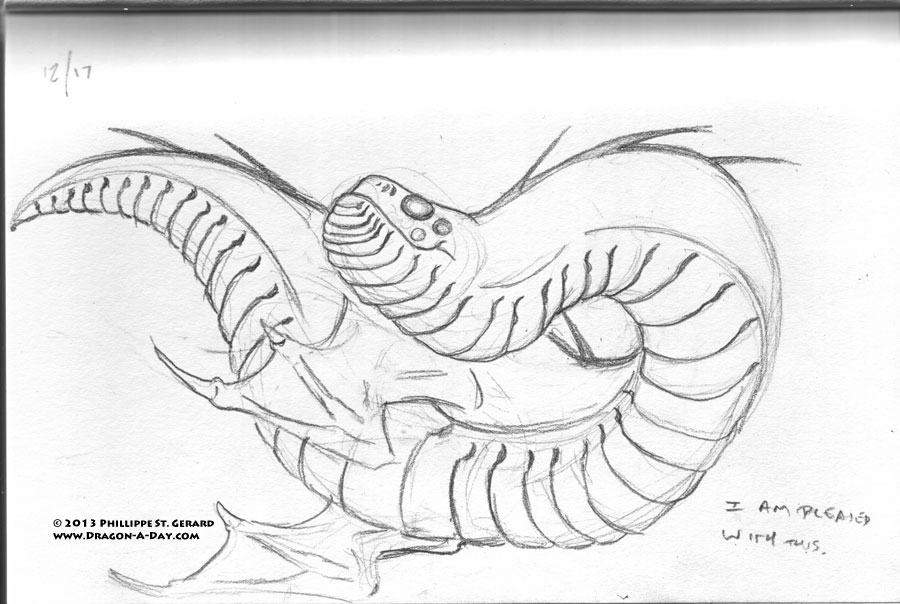 At first it was just going to be the head and neck, perhaps twisting on into infinity, but then I decide that there should be a body, then that body should belong to something like a plesiosaur (at which point I had a longish conversation with myself about when an aquatic reptile becomes a “sea dragon”), then I added the gills (which I apparently cribbed from that filter-feeding dragon from last year), and made the fins more winglike, which satisfied both sides of the argument enough for me to feel good about it.

I’m not sure why I keep drawing aquatic dragons with multiple eyes, though. Maybe it’s a thing.

This entry was posted in anatomy, Dragon-A-Day, Online, Sketch and tagged aquatic, too many eyes, what makes a dragon. Bookmark the permalink.