So yesterday, I got a picture message: 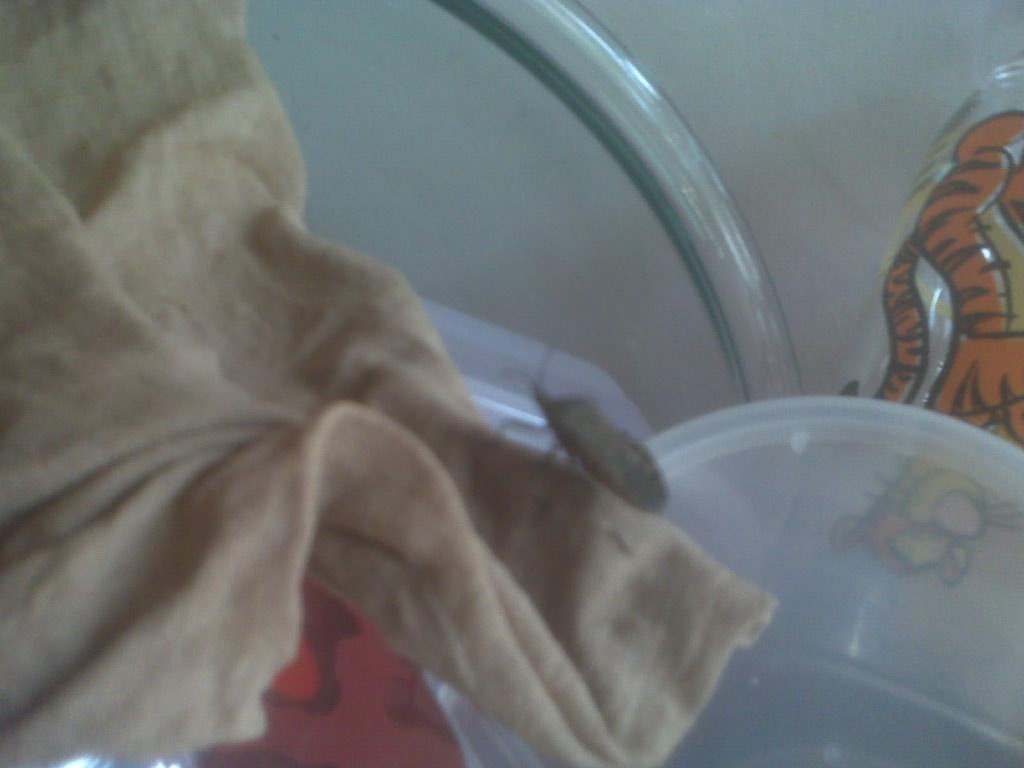 “Found this bug hanging out on my drainboard. He is interesting looking and doesn’t look like he’s the type to live indoors. He probably came in through the window… I thin you’d like seeing him close up, so he is in a jar and I’m bringing him to your place for inspection.”

When I got home from work last night, There was a bug in a small Chinese food-style soup container. The container was in a bag, in case the bug turned out to be some sort of super mutant bug and escape the container.

Anyway, at first glance, I thought it was an assassin bug, but some Googling around revealed that there are other bugs that look similar, namely the squash bug, which a very detailed series of posts  at this gardening BBS illustrated to the point where there was no doubt.

So, with this strange pest in my house I wondered if I could keep it as some sort of pet. Googling around some more seemed to imply that the idea was out of the question, as even the string “how to keep squash bugs as pets” (without quotes) brought up such helpful results as Stop Squash Bugs In Your Garden and other fun things.

So, I decided to put it out in the park the next day, where it might have a fighting chance…

It was 19 degrees today, which made me rethink my plan, as I figured that the insect would freeze to death before being able to find someplace to dig in or whatever it is that they do when it gets cold (it might have wintered in the walls of my sister’s apartment), so I was stuck with it, at least until I could feel comfortable evicting it. I decided to give it a bit of food, since it would be with me for awhile, and sneakily added some chunks of squash to the container when it was hanging out on the other side.

It eventually seated itself on one of them and stuck its proboscis in, and has been hanging out on the vegetable since, despite my constant picking up the enclosure to get a look at it and by extension rocking the food back and forth. 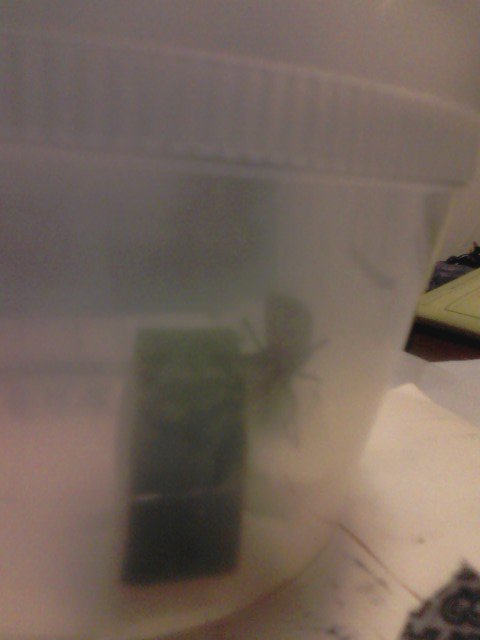 I make no apologies for my phone’s subpar camera.

My fascination with the creature made my mother suggest that I look into entomology again (something that I was interested in doing as a kid), but blah blah blah viability. In the meantime: 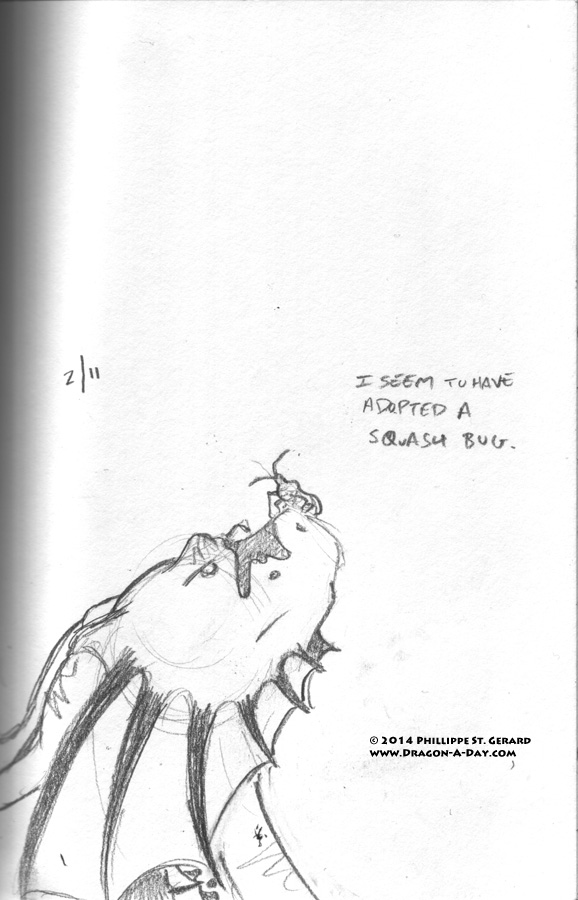 This entry was posted in Dragon-A-Day, Online, personal and tagged family, my dragon, squash bug. Bookmark the permalink.