(While I’m a little surprised that videos like this exist, Frozen Fungus, another level from ToeJam and Earl in Panic on Funkotron, the same game that inspired the title, was not what I meant.)

I sat down to draw tonight and the first thing I thought was: 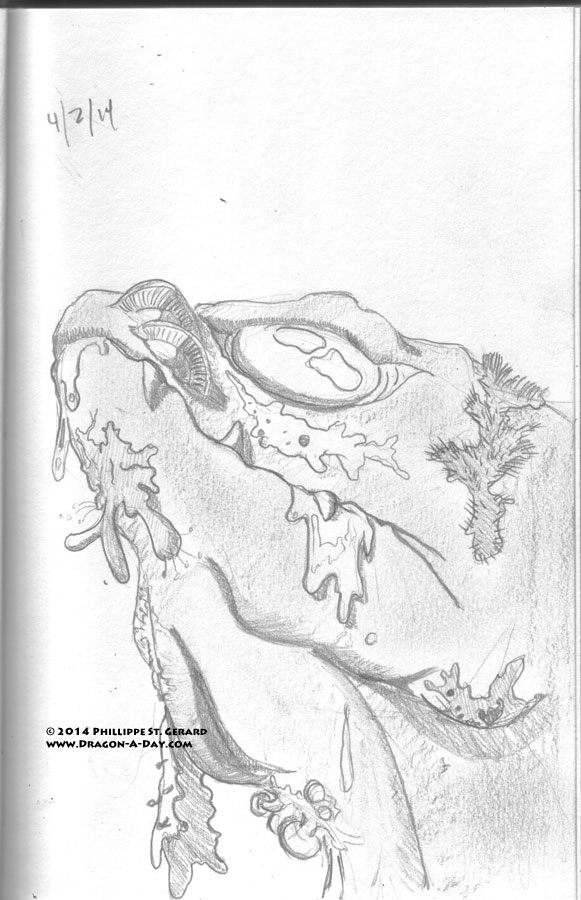 It’s a bit of a departure (but only a bit) from the previous iterations- the snout is a little shorter and not as pointy, I think, and I admit that I placed it oddly so that the long tendrils at the back of the head can’t really show as well as they might.

I was feeling like the shadows I had put in were kind of haphazard; the pencil I was working with (one of those “soft HB pencils” I was complaining about a few weeks ago, and they were coming out a little darker than I really wanted, sure enough), and tried to fix it with that middling-grey I mentioned last night. I’m not entirely sure how I feel about it.

On the whole, I feel like I’ve been paying more attention while doing these, and that makes me feel good.

PS: I’ve been adding the tag “dragon” to the posts because I made the effort to add them on Tumblr, and when I do that, all the other tags seem to go away. Also, I realized that adding them there was a multiplication of effort that I’m not at all willing to put in.