While visiting with a friend who is planning a move to the other side of the country to basically start a new stage of his life, we ended up working on a mural of a wave together that he needed to finish before he left.

I ended up guiding him through how the piece should look, because he wanted my opinions, and I had a better idea of what to do than he did, though I couldn’t fully articulate it. To illustrate what I meant, I did a sketch, which helped get the point across: 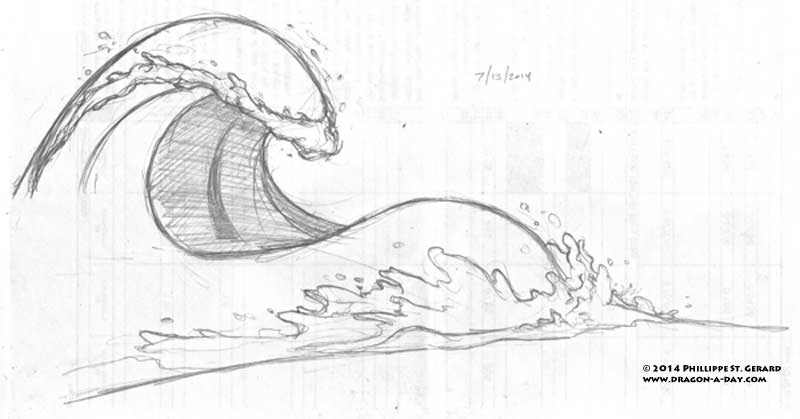 And I was so happy with how it came out (especially since I was feeling like I couldn’t draw water a few weeks ago), I did this on the long ride home from the Bronx: 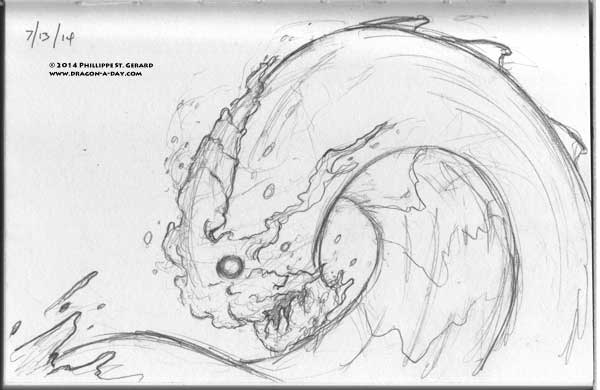 I was kind of stuck on how to make the wave more dragony than just a wave with eyes and some foam that might be mistaken for horns; I added the lower jaw after a lot of hesitation, but I think that it works well. There’s a scene in The film “An American Tail” where the ocean takes the form of a monster that attacks a ship full of immigrants, but for some odd reason, no one has seen fit to put neither the video or even a screencap online for bloggers like me to reference, or at least not easily, and I spent way too much time looking for something to show you non-Children of the 80’s out there…