So I saw this a few days ago, 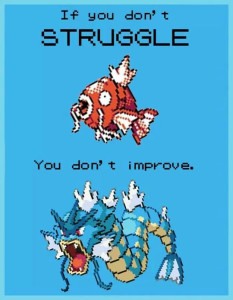 Credit to the Internets.
(Click to evolv- er, enlarge.)

And wanted to draw Gyarados tonight because of it. However, I found out that Gyarados is not a dragon- it is a Flying/Water Pokemon. Some frustrated Googling around later, I found a compelling reason why:

From the gameFAQs.com messageboard:

“Magikarp’s evolution into Gyarados is based on a legend involving a carp climbing a waterfall, and jumping over the Dragon Gate. Doing so would cause it to become a dragon. If the dragon abused its power and went on a rampage, it would lose its dragon status, and become nothing more than a flying serpent.

And that my friends, is why Gyarados is not Water/Dragon.” 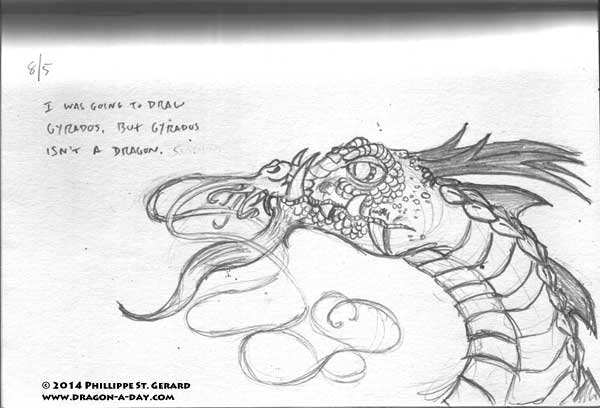 This one’s not as ornate as my usual Lung dragons; I started in on scales and bits, and just got tired. A convresation about which food represents which in the dish Dragon and Phoenix made the ridged body make a bit more sense, so I ran with it.