So I spent Saturday evening watching the BBC’s Merlin with my sister. We watched (spoilers) The Poisoned Chalice, which (ostensibly) had a cockatrice in it. 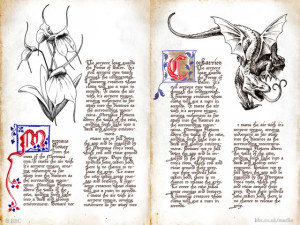 Exhibit A.
(Click to enlarge, but I don’t know what the text says.)

While the creature in Gaius’ text is not especially chickenish (which makes some sense, as the next episode has a griffin in it, and they probably didn’t want to do too many “this with the head of a that” monsters, or maybe even too many birdlike monsters), it at least looks like a dragon. Somewhere, there was a break in the communications at Creative, because the monster that eventually shows up looks like this: 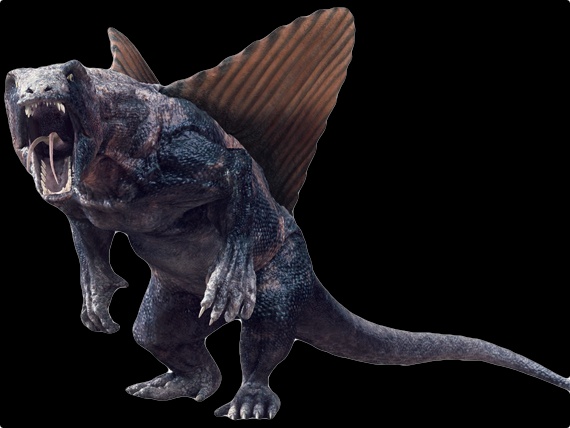 This foul-tempered, dual-sailed Dimetrodon actually looks more like what the naturalist’s sketch probably ought to have been, ironically, but in either case, it’s not really what I expected.

Anyhoo, I told you all of that so I could explain why I drew a small collection of cockatrice concepts- the idea of just a scaly chicken seemed a bit silly, and in fact, from what I have been able to gather, it’s actually a two-legged dragon with the head of a chicken, the same way that the Minotaur is a man with the head of a bull, so there’s some leeway: 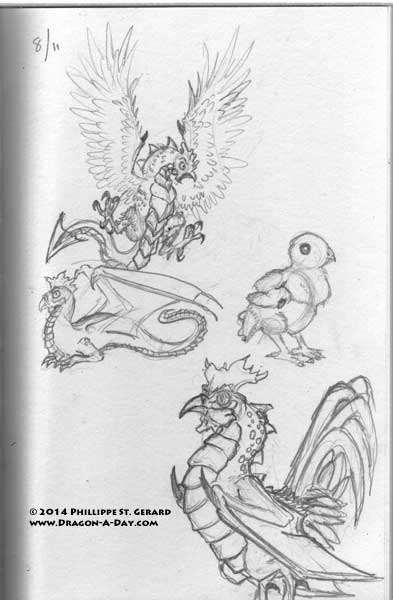 In hindsight, I especially like the chick, and probably should have done more fluffy death machines.