Instead of sticking legs or wings on it, I decided to leave last night’s long-eared dragon as a serpent: 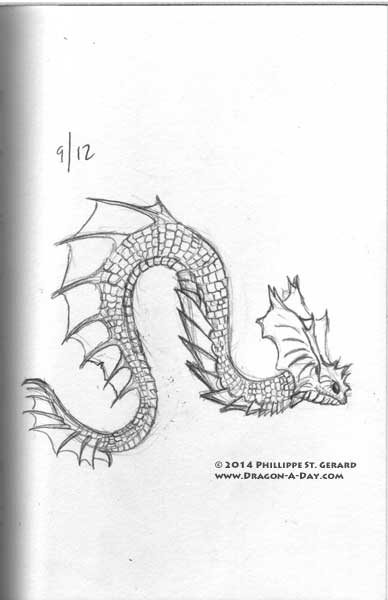 The scales aren’t exactly what I wanted, but between drawing them on a bus and then at the end of a late day, they’ll do. I’ll admit that the dorsal fin nearly became wings once or twice, and the fancily-curved ventral plates from last night’s sketch don’t really work in practice.