Tried to watch this movie with my girlfriend today. We made it through maybe 20 minutes before we were forced to give up from an excessive amount of cheesiness. We then decided to try cutting to the end for some sort of Climactic Dragon Battle, but the movie failed in that regard as well.

Still, the dragon design was kind of interesting- kind of like a big flaming and/or freezing (there was a fire dragon and an ice dragon, though they were each just palette swaps of the other) stingray. I at first thought I would try to improve it, but that would mean sitting through the movie or scouring the interwebs to try and get a look at it, so instead I did something inspired by it: 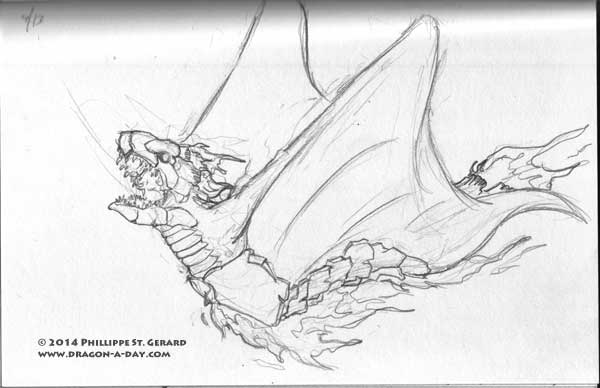