So I managed to keep my class occupied, and was even told by another art teacher that I had “a rapport with the kids,” though I still came away feeling like I fought an uphill battle.

After that, I went to a life drawing session, like I do once every few months, and proceeded to scrape some of the rust off. I haven’t had a lot of call to draw humans or even humanoid forms in the last few months, and I haven’t been doing it for fun as much as I ought to. I really need to come up with some sort of similar project for people so I can stay less dull, if not totally sharp.

Frankly, tonight I was pretty lousy. It didn’t help that I missed the short poses, and got stuck drawing and redrawing the long ones (instead of trying to salvage a darling, I just moved on to trying to make a better one): 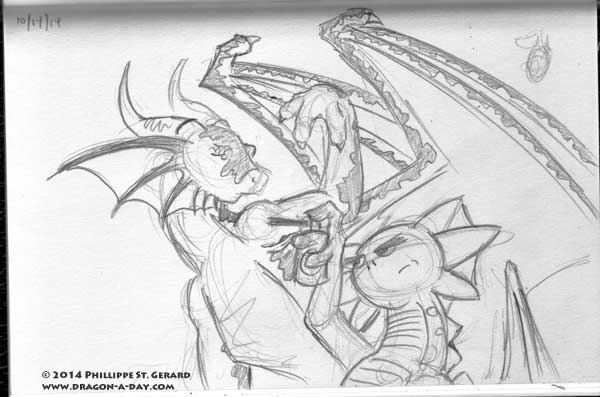 This entry was posted in Dragon-A-Day, Online, personal, Sketch and tagged Annoyed, my dragon, stuff for other stuff, technique. Bookmark the permalink.