Ever since I started this ballpoint pen journey, I had this idea rattling around in the back of my brain of a swamp-dwelling dragonman with bunches of reeds or something tied to his forearms either as a sign of status or maybe as some kind of armor.

So I started this while riding the subway out to Bay Ridge to lose all the games of Magic, but got kind of stuck as far as the actual body went- the underbelly scale transition along with just covering an (apparently) humanoid body with scales stymied me. At one point in the ride back, I thought about trying crocodillian scales on the underside, but I didn’t have ready access to the pattern and felt stuck. I was really in love with the head and felt worried about messing it up (I was really tired on the way home and not entirely rational), so I left it alone: 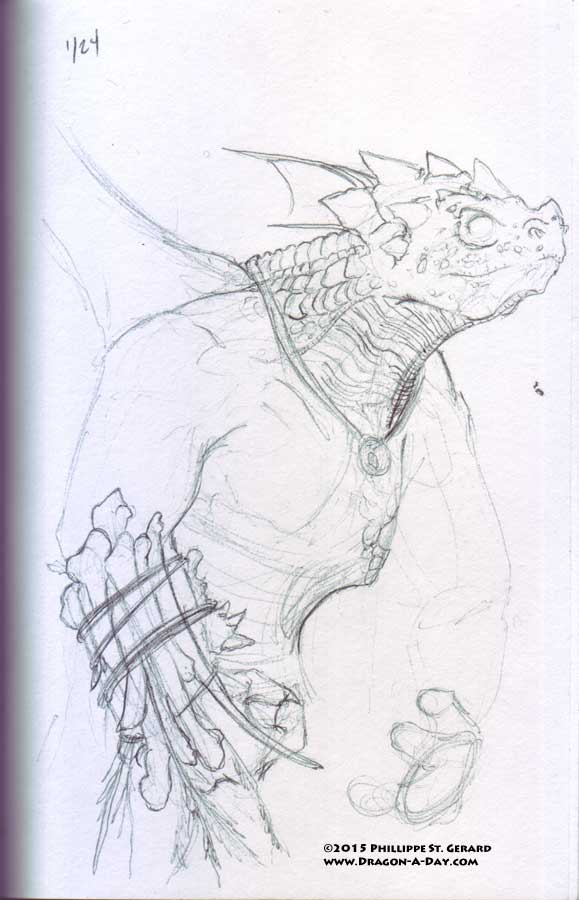