So this (almost) happened.

I probably would have drawn the catastrophic Blizzard dragon last night, but I ended up drawing the courier instead. Theoretically, tonight would have been perfect, as this was when the storm was supposed to really dump on the New York area, but it took one look at our overwhelming preparedness and decided to kick Boston’s teeth in instead.

Undeterred, I tried to draw the Blizzard Dragon on the way home from the day of work I wasn’t expecting to have. It came out pretty well for not having references on the subway, sort of what I remembered the dragon having and things which (several years after its first incarnation on this blog, improved sensibilities and all that,) it ought to have: 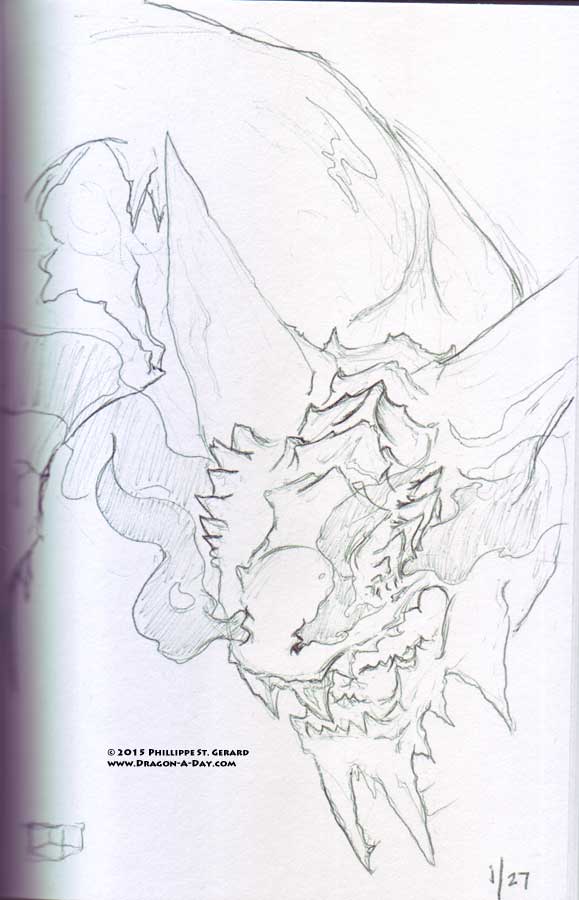 As much as I didn’t want to fill in the cold vapor leaking from its eyes and nostrils, lines on top of lines were getting hard to read, and I kind of felt like drawing tiny snowflakes like I’ve done before wouldn’t be fitting.