I forgot to mention last Tuesday that I would be away for a week. I got to my destination via the Black Dragon Bus, a distant cousin of Lucky Star, whom I’ve mentioned in the past.

Much like its short-range north-south traveling Eastern Seaboard cousin the Black Dragon Bus has no lights, modest wifi and no outlets. The last is most annoying when you’re stuck in a cramped seat for 13 hours or so, but the lack of light was also a problem, as I couldn’t see what I was doing: 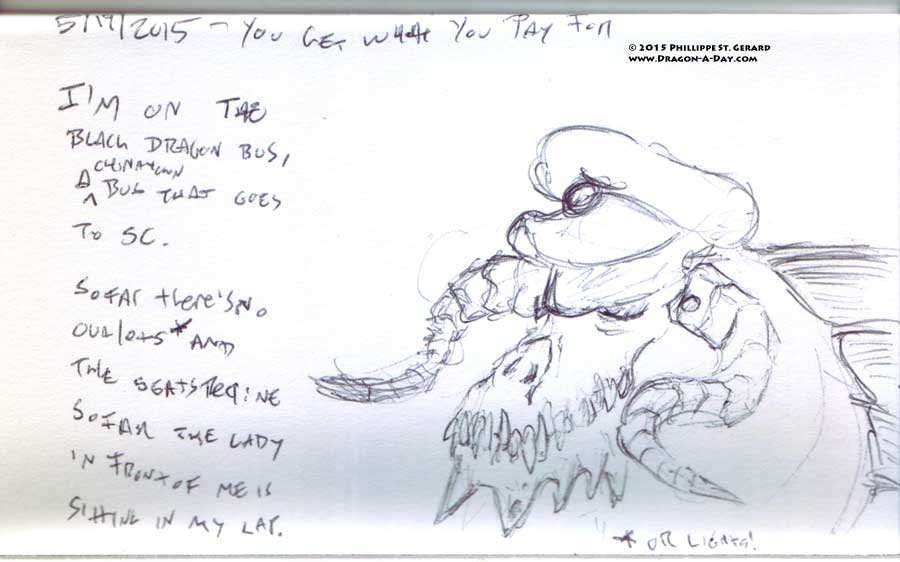 “I’m on the Black Dragon Bus, a ^Chinatown bus that goes to SC.

So far there’s no outlets* and the seats recline so far that the lady in front of me is sitting in my lap.