So while I was away, I (finally) did some reading about painting. While I still very much want to apply what I read in a physical (as opposed to digital) space, I was possessed by the idea that I should try some digital coloring because I forgot how much my tablet hates me. Possibly because of this, I rebelled against the idea, feeling that I needed to keep up the tradition of my little black books, until I decided:

I got this far (which was a lot, considering how the tablet was acting; that back of the neck was supposed to be a smooth curve and no amount of redrawing it was going to fix that) before getting stymied by the concept of underpainting in Photoshop- I’d have looked it up and continued, but it’s late and I’m tired and I have a meeting tomorrow/today: 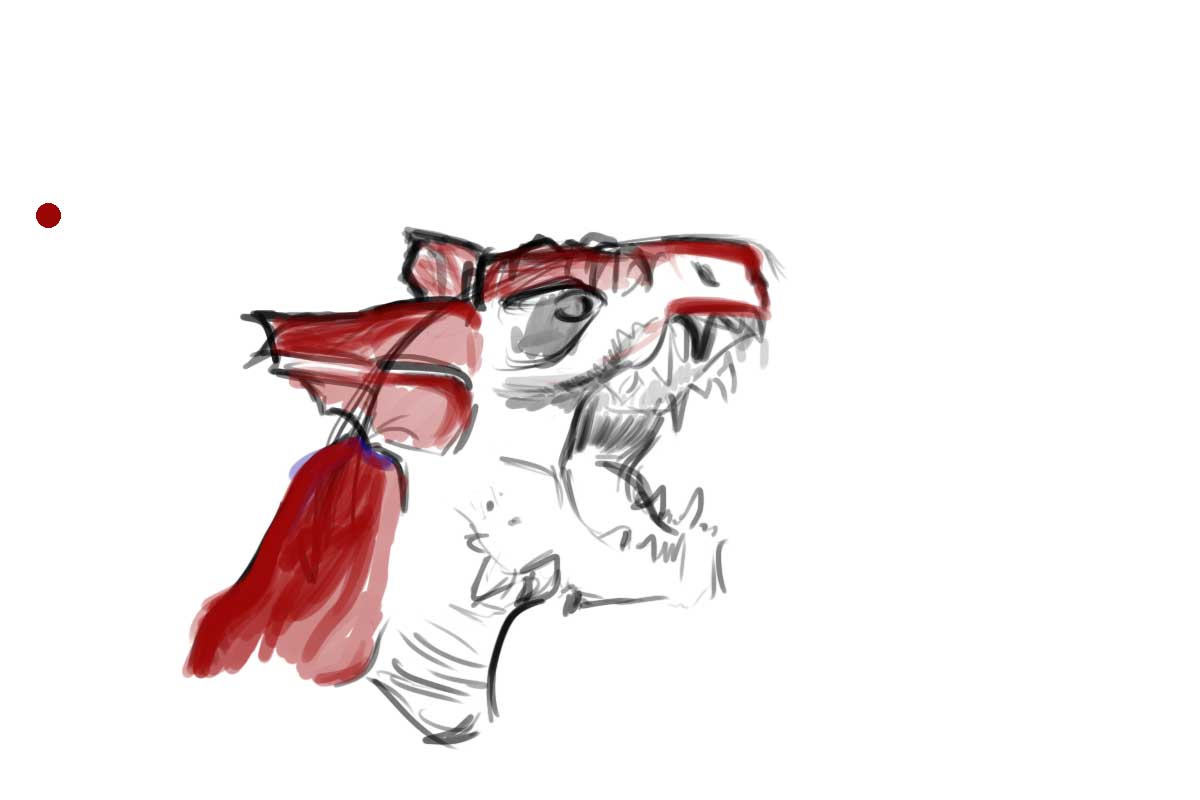 And it’s just as well that I decided to do an analog dragon as well. If you can believe it, I did this second: 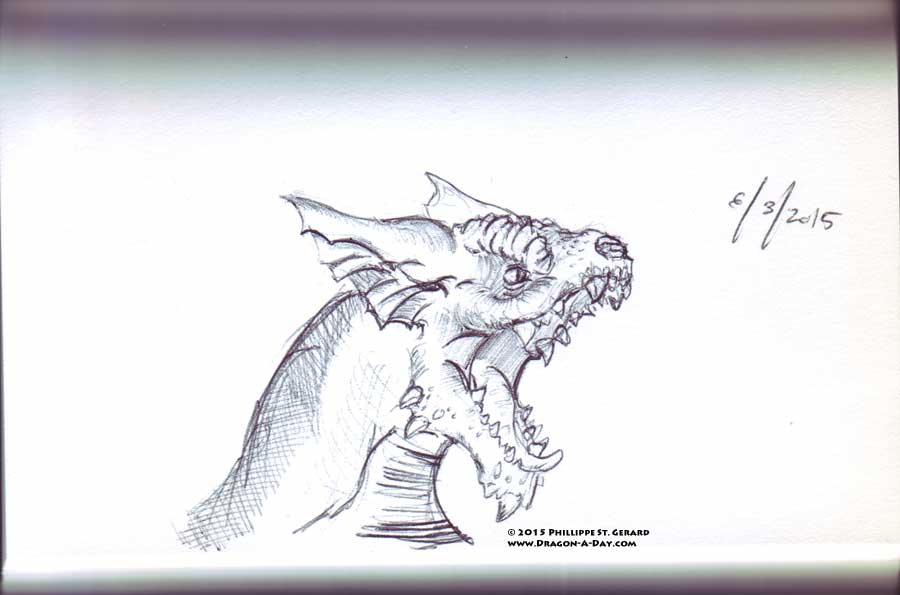 The crosshatching on the back of the neck kind of flattens it out (I’ve never been much of a crosshatcher) and my light sources are probably inconsistent, but I am happy with both of them.