So I was watching Summerslam with my friend G, and I decided I wanted to draw a dragon with a wrinkly neck/skin texture. Halfway through the 9-woman Divas match, that dragon started to become Gulthurugg, but I hadn’t set out to draw him, and I kind of got stuck- the musings I had done previously about his jaw were bothering me, and I didn’t know how to proceed.

Eventually I decided that I would try messing around with it again- Gulthurugg is supposed to be gnarly-looking, even straight-up ugly, as opposed to the majority of my dragons who are smooth, aquiline, and often conform to certain conventions of symmetry and/or balance that help give the impression of “predator,” “reptile,” or even “dragon.”

It’s not quite there yet, partially because when I realized I was drawing him, I first did teeth more like the ones in the most recent drawing but maybe I’ll revisit Gulthrugg’s crazy face later: 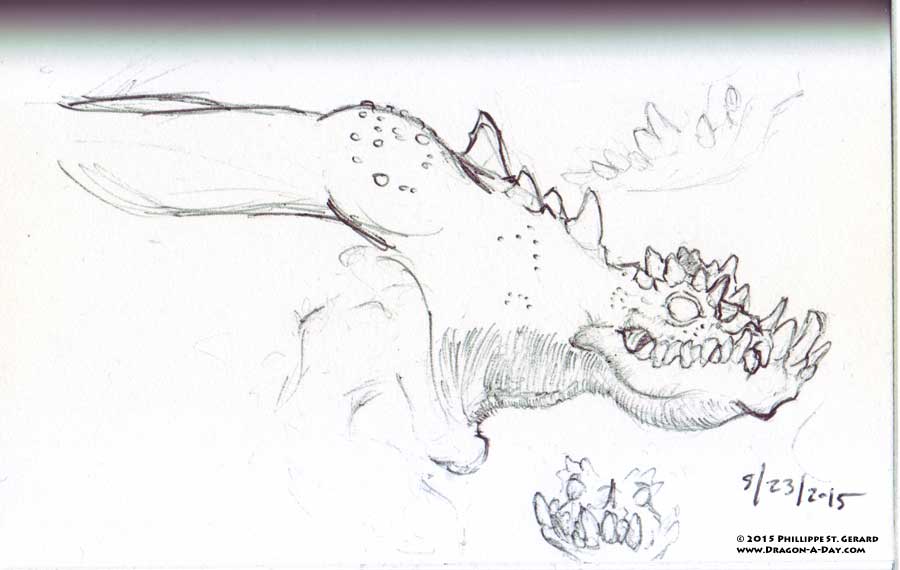