So I was having a hard time getting anything done because I really wanted to be in bed like I did a few nights ago. The fact that I was in a similar situation (except that this time all I really wanted to do was anything but draw my actual drawing for tonight, which was pretty annoying since I made it through the warmup this time as opposed to giving up) kept rattling around in my brain until I decided to revisit the unrelated dragon from that night: 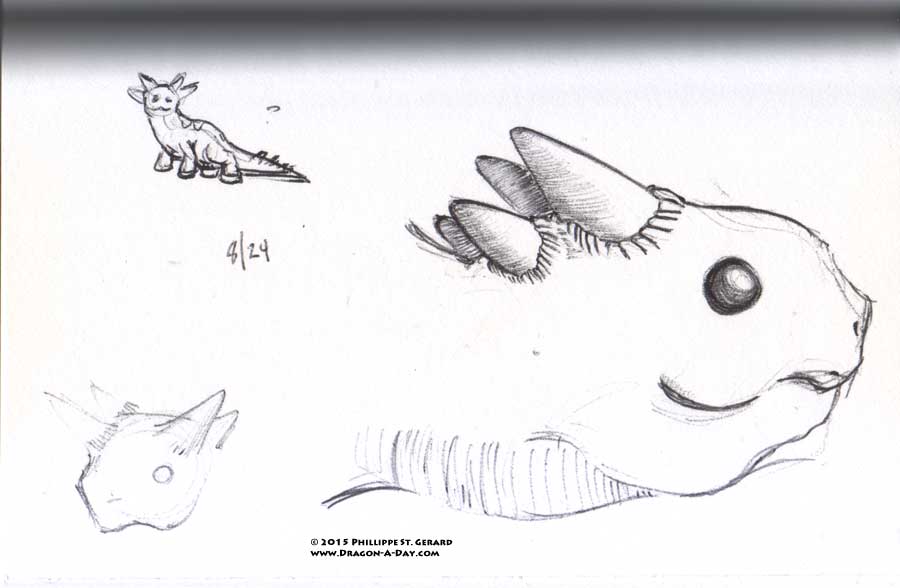 The black button eye and overall cute face made me think of The Other Ones, who I never really explored past a wee bit of doodling around, and is actually reminiscent of the first of that brood, whom I had forgotten. the boxy face that I first drew doesn’t really work, period; but I haven’t quite decided on what to do to replace it.

This entry was posted in Dragon-A-Day, Online, personal, Sketch and tagged cute, dragon, head shapes, pens, The Other Ones. Bookmark the permalink.