Still kicking around the Thunder Wurm from yesterday. Mostly it’s the wings that bother me. 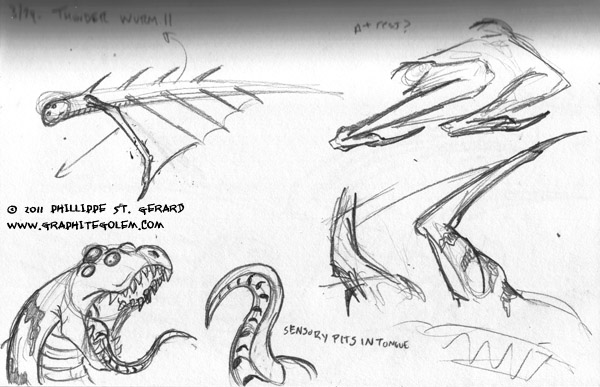 I think that I was thinking of them too much like fingers. I was about to give up when I was randomly inspired to draw them like single-vaned wings, like the kind that a Pteranodon has.

I’m not sure if it works, but it’s definitely a step in the right direction. This is by no means over yet: 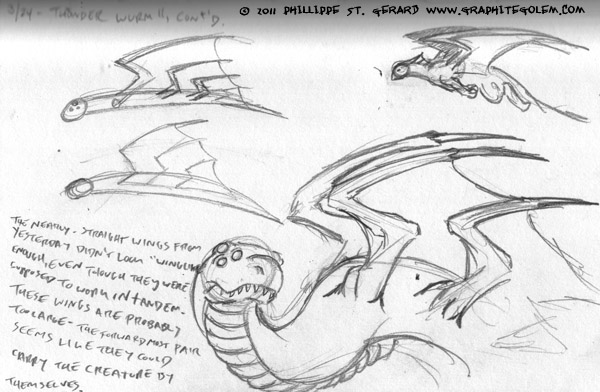 “The nearly-straight wings from yesterday didn’t look “winglike” enough, even though they were supposed to work in tandem. These wings are probably too large- the forwardmost pair seems like they could carry the creature by themselves.”

This entry was posted in anatomy, Dragon-A-Day, Reboot and tagged Thunder Wurm, wings. Bookmark the permalink.