So I sat down with my sketchbook tonight, and a voice in my head said “two-headed rock dragon.”

This was fine, but I’d already drawn a rock dragon (or at least a significant portion of one) two weeks or so before, and it only had one head: 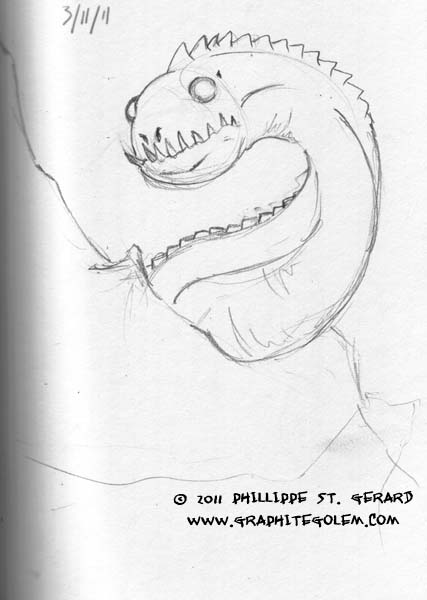 I tried to tell the voice that, but, in the way of head-voices, it would not listen. So I complied, and did this: 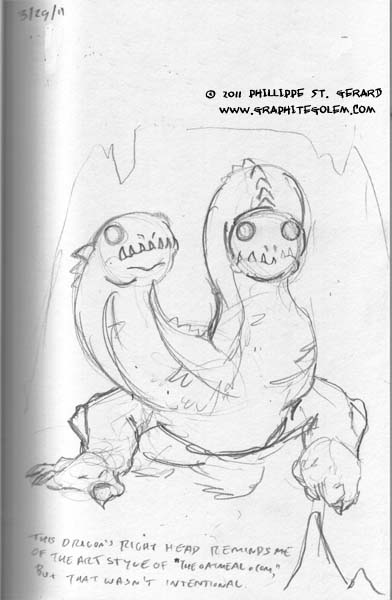 The right head reminds me very strongly of the art style lurking around at The Oatmeal, but this wasn’t intentional. That notwithstanding, I’m not sure if I like this; It seems to lose a lot of the sinuous grace that the previous iteration had. I guess that’s what I get for listening to that little voice. Live and learn.

This entry was posted in Dragon-A-Day, Reboot, Sketch and tagged multiheaded, rock dragon. Bookmark the permalink.