Due to a scheduling conflict (it was my mother’s birthday), I didn’t have 2 hours to spend trying to paint today. Instead, I went to the Museum of Natural History on the most crowded day ever and fought my way through crowds to look at things. While taking in the Hall of Ocean Life, I confided in my girlfriend that the Sperm Whale and Giant Squid diorama was probably my favorite of all the exhibits in the hall, if not the museum, she challenged me to come up with a “Squid-dinosaur-dragon.”

My first impulse was to do a dragon with a squid for a head. But that’s been done already: 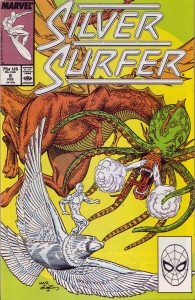 So I tried to do some sketching on the computer, but the strange combination of features along with the short timeframe led to a number of less-than optimal sketches: 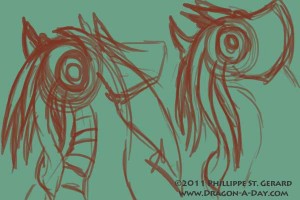 If I had had a little more presence of mind, I might have tried to finish one of these. 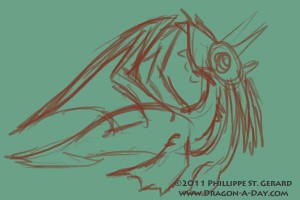 I tried to figure out what the rest of the creature from the previous two head studies might look like, but I really was not sure.  I think I gt hung up on what would make the rest of it “dragony.” 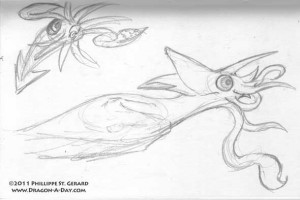 I then switched to paper, for efficiency’s sake, but could not figure out what to do. I think I was still trying to get that dragony feel. 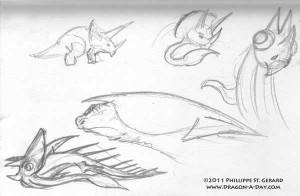 I did end up trying the squid-hat idea, just to get it off of my mind. I like the sketch in the lower left, but I could not decide on forelimbs, and discarded the idea. Finally, I settled on this, though it could probably still use some work: 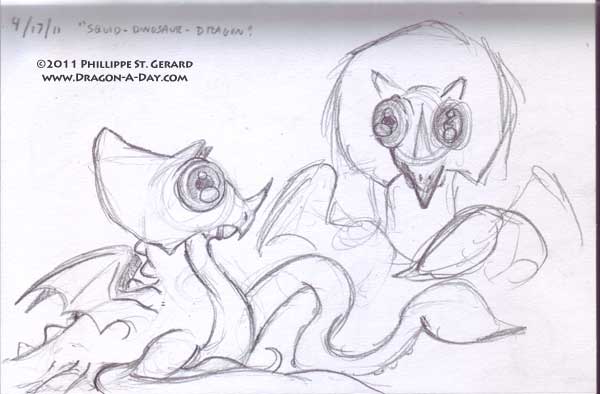 After getting stuck on the dinner-plate eyes in all the other sketches, I was thinking that this creature ought to be cute, at least a little bit. So it’s got kawaii-eyes and little could-be hentacles.

Maybe I’ll draw this thing again later. For now, I need to go to bed.

This entry was posted in Dragon-A-Day, personal, Reboot, Sketch, Speedpaint Sunday and tagged dinosaur, Lovecraftian, squid, what makes a dragon. Bookmark the permalink.