This post nearly never got online because of Verizon DSL not wanting to come to work today. An hour on the phone with tech support later, I still had no Internet until it decided to sullenly come back to life on its own. I don’t know who long this will last, so here goes:

I had wanted the Reboot to end after Day 30, but I got caught up in fretting over the online presence of the blog, along with other real-life obligations- I had a job interview today. It ought to officially end tomorrow. We’ll see.

So this was what I was working on, instead of the othe nitty-gritty social networky stuff (I’m pretty sure there’s a WordPress plugin/widget/pluginable widget to do at least some of the social networking stuff. I hope; the Like Box that Facebook offers scares me more than a little.). I decided that the original dragon-pencil idea was a good one, but not one that really took advantage of my style.

In other words, it was boring.

So I took it in a different direction: 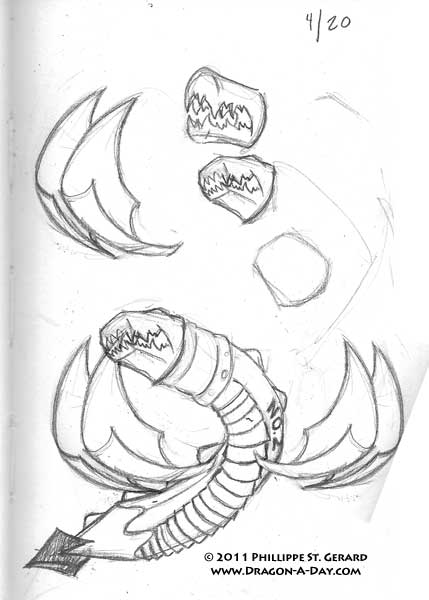 As you might have guessed from the symmetry of the paper wings (which might not read as well as I wanted them to), there was a fair bit of  Photoshoppery involved in this, although it started with a sketch: 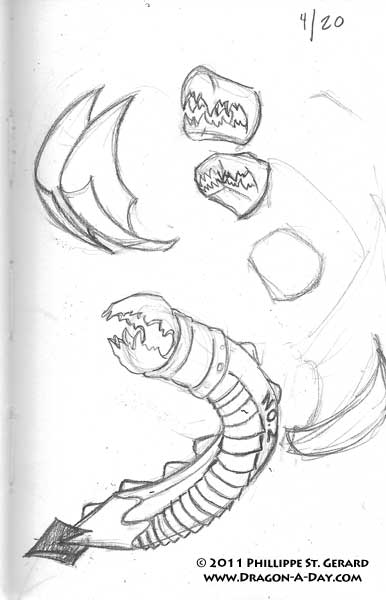 The eraser in this one wasn’t quite dragony enough, so I sketched out the other two while trying to figureout a shape that was draconic as well as eraserish. I opted for the second, and instead of redrawing the whole thing, decided to use my Powers of Technology.

Again, I’m not totally sure that it succeeds, but I do like the “action shot” more than the iconable pencil.

And PS: at least for now, I have found the poster hatchling for the blog on Facebook among the drawings that never got to the internet. I really thought that the Hobo Dragon had made it into the original round of posts, but I guess that that was around the Time of (Server) Troubles.

This entry was posted in admin, personal, Reboot and tagged hobo, Internets, logo. Bookmark the permalink.