I picked up the IsilanaRith piece from last Speedpaint Sunday again. Instead of trying to pick up where I left off, which was proving troublesome for a number of reasons (document structure, paintbrush settings had been tweaked, and some layer transparency issues that were bugging the crap outta me) I started again.

I did manage to get this far before deciding that I couldn’t do any thing productive with it: 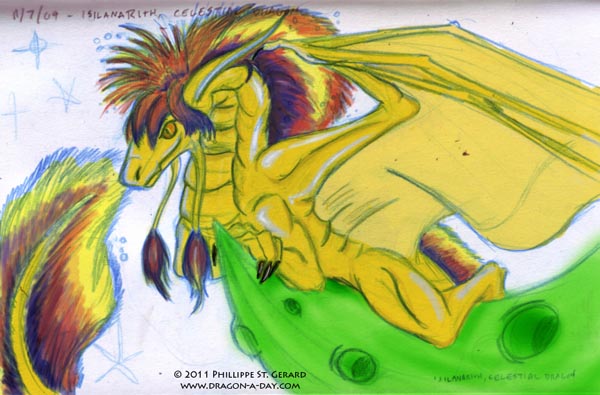 So I started again. Instead of trying to do it all on a single layer like “the pros” do it, I got back to my roots and used a small hill of layers to make sure that I could go back and fix things, for I am not that gangsta yet at rendering. That, and I like being able to throw out the bathwater without the proverbial baby. I’ve killed a lot of my darlings, and it’s never been as great as they say it is.

So anyhow, after setting up some adjustment layers and playing around with paintbrushes, I ended up with this: 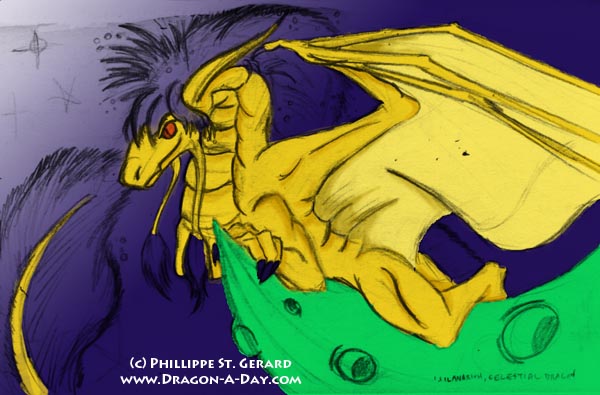 It’s roughly the same level of polish that the other is at, which isn’t a great thing, but I know that I can come back to it without ruining it, which is. I still have no idea how I’m going to do the mane and tail without making it look like it was done (poorly) with a magic marker, and I do kind of wish i could get away from my linework a little bit, but I’m really much more of a draftsman than a painter, and that’s not very likely to change in the near future.

And as an aside (and an ungainly segue), today is Easter Sunday here in the States. So I did a bit of holiday artwork (click for full size):

Finally got that camera thing worked out, and it's festive, too.

Enjoy yourselves; don’t eat too many Easter goodies. I’ll see you tomorrow.