So still picking away at that FMD, trying to make it “cool:” 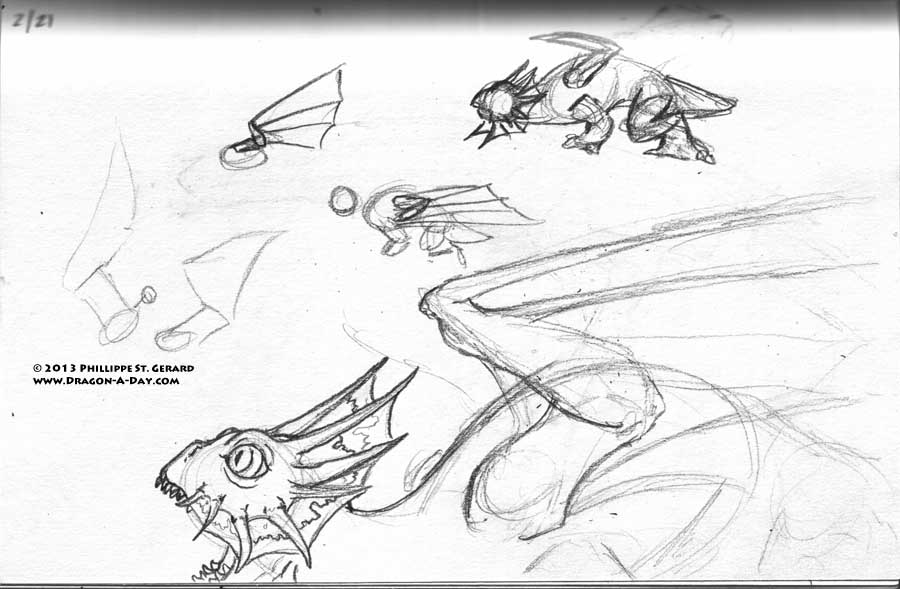 I decided that there ought to be some sort of coloring- few real creatures are a single, flat color, especially since the frill is one of the things that makes the species distinct.

Also, the shape of the wing was bugging me- I realized that the spur at the elbow joint wouldn’t really work the way that I intended it to, so I needed to come up with an alternative (though I’m sure that a single-vaned wing is perfectly serviceable). I’m not 100 percent sure about this, thoguh I like the fact that it’s a little reminiscent of a bird’s wing with the fixed shape, as opposed to the eminently foldable hand-wings a typical dragon has… 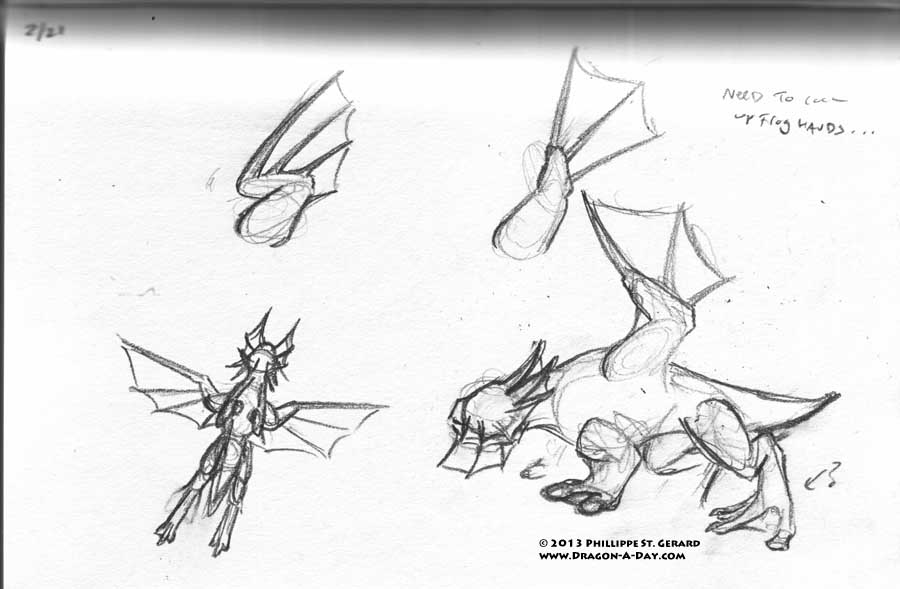 My hastily-scribbled note reads “need to look up frog hands,” because I’m pretty sure that they have thumbs, and my marsh-dwelling frilled dragon is somewhat froglike, almost like a flying frog in overall anatomy, though it occupies a slightly higher place in the food chain.

I also bulked it up a bit, though I don’t quite think that that’s going to stick.