“Cause you’re feeding the fire within me
Cause you’re making me feel so alive
Cause it’s only the end of the suffering and I’m drowning in this rush”
Poisonblack, “Rush”

So it’s been kind of a stifling, muggy day, where even the act of sitting around in my un-airconditioned lair is something of a chore. At the end of a late-starting, low-productivity day, I decided that I should try and get something done on that sketch I mentioned yesterday, the one I wouldn’t show you because I felt it was too crappy.

Somehow, everything worked magically and when I came up for air FOUR HOURS LATER, I had this, which I almost wish I had used instead of the current Directory ad: 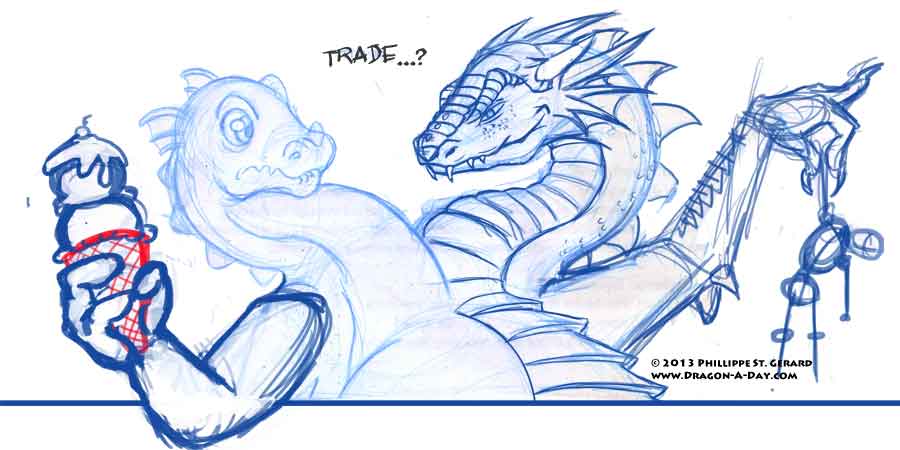 Basically, I took the pencil sketch and worked it over in Photoshop, which gave me a lot more flexibility and room to mess up. The tablet was also cooperating for once, which made the process a lot less painful.

Anyhow, since I’ve been sitting in front of the computer for a longish chunk of the day, I’m going to go eat some cereal and play videogames (for the change in posture) for a little while, then go to sleep or something, before it gets too hot again. In the meantime, here’s your (unrelated) dragon sketch for the blog: 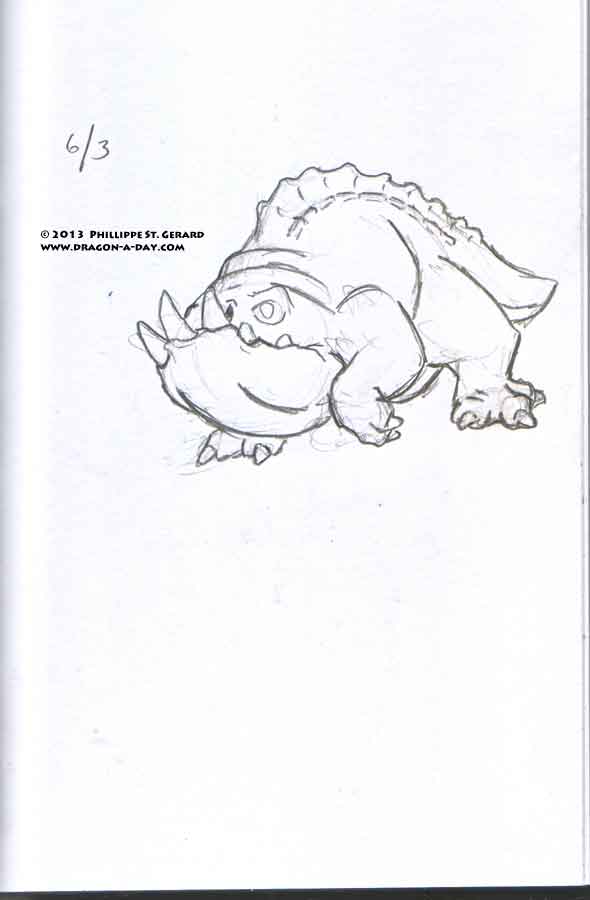 It was unintentionally a little Gronckle-esque, but I like it.

This entry was posted in Dragon-A-Day, Online, Sketch and tagged Similar but Different, technique, unrelated dragon. Bookmark the permalink.