I had a pretty long rant in mind about half an hour ago about perception and process, along with different kinds of confidence, but I am shelving all of that in favor of getting this posted on the proper day, er, night. 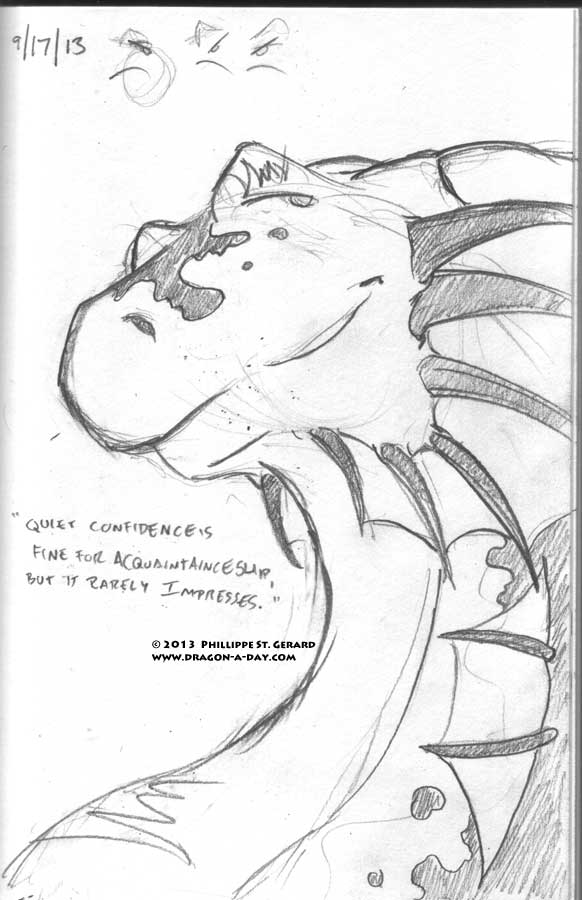 “Quiet confidence is fine for acquaintanceship, but it rarely Impresses.”

I realize that this is is among the first, if not the only time I’ve ever drawn my dragon in extreme closeup. Looking closer at it makes me realize that I did the head fins wrong, but I was also wrestling with the snout- I still draw it square, though I’m pretty sure that that’s not really the case. Anyway, the three at the back of the head should be further back, though I like the inset.

The sketches at the very top are there because I was trying to figure out how to make him look imperious or contemptuous from a certain angle. I opted for the path of least resistance in this case, partly because I wasn’t sure contempt was the right emotion for the saying.