The Jabberwocky, the eponymous creature of the nonsense poem of the same name, is a riot of conflicting textures and patterns.

In other words, from a visual perspective, it doesn’t make much sense. Please withhold your sarcasm. I know.

The reason I mention this is because I found myself studying John Tenniel’s original (if not sole) piece of Jabberwock art, and there’s a lot going on there. I want to get into the idea that there might be a second set of eyes on the bottom of the Jabberwock’s head (because I find that very interesting as well), but they could “just” be some sort of tuberous growths. What I’m actually referring to is the multiple types of scale patterns across the creature’s body, even creating asymmetry on paired parts (like the thighs for example): 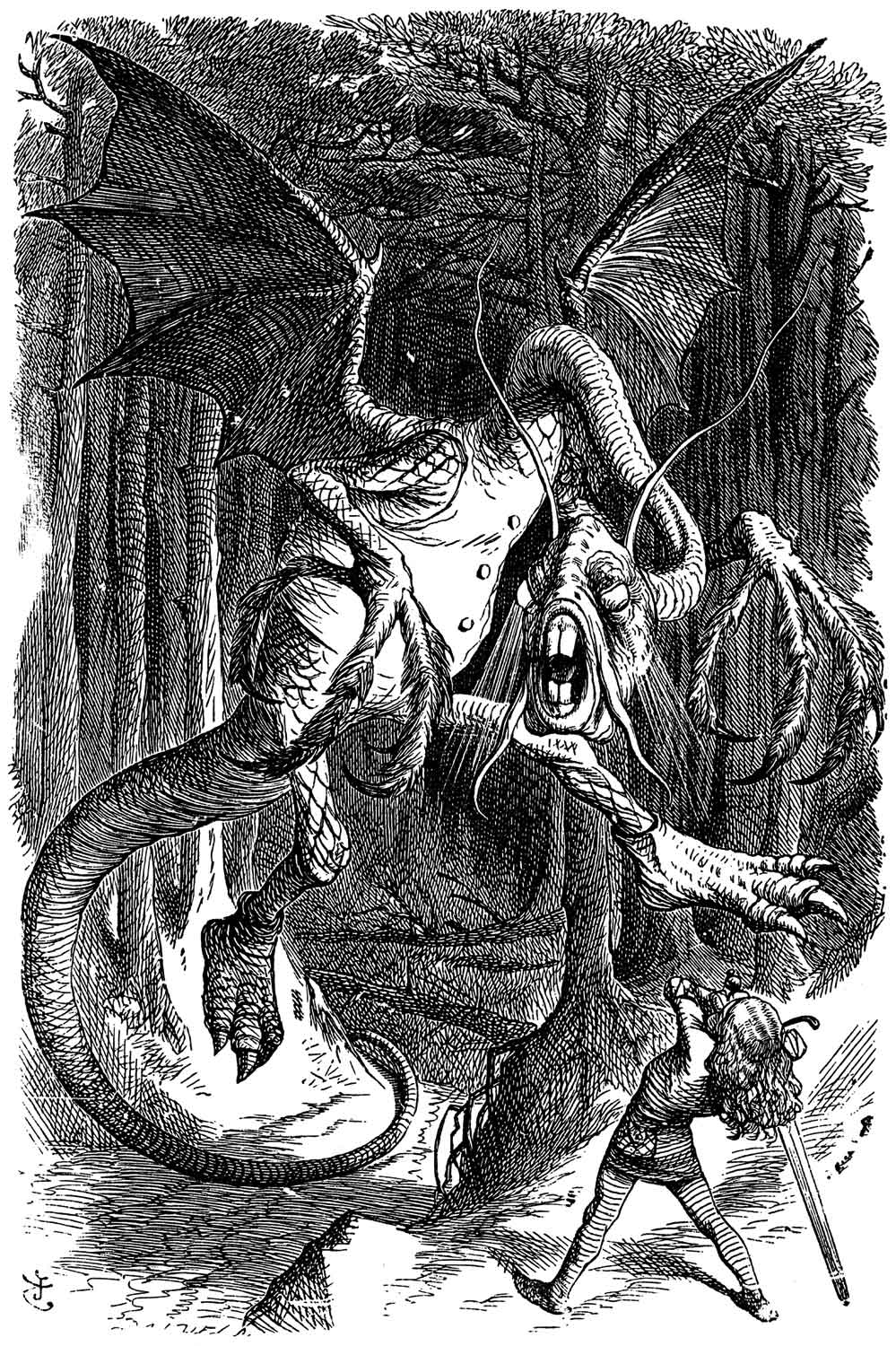 And it’s probably because of this that my Jabberwocky wears a checked waistcoat- it’s just another pattern to get lost in the swirl of bumps, hatch marks, and curves that make up the smoother parts of its surface, to say nothing of the irregular scale patterning. 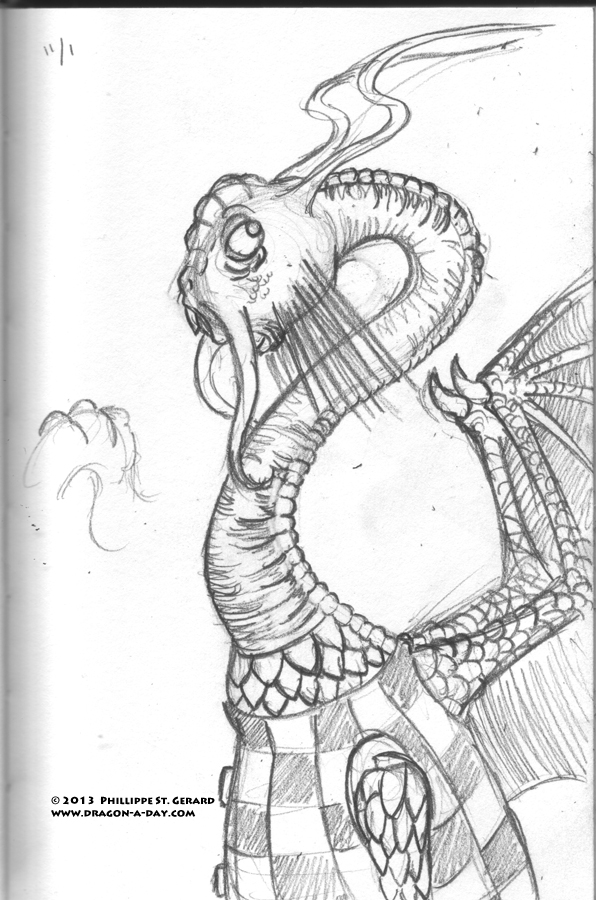 I’ll freely admit that I lost my patience trying to emulate his style and just started adding lines to fill space, in case you were wondering.