I didn’t know what to do, so I did what I usually do, browse the Internet.

While engaging in that completely worthwhile pastime, I came across this image which I found here, though the original source might be from here; the sweater is from this Etsy store at least (I did the best that I could at 12:45AM, thank you very much): 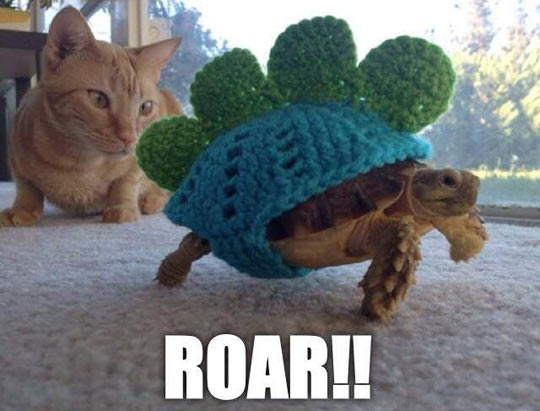 Moments later, that cat grabbed a pencil and started drawing too.

The important thing is the spiky front tortoise legs were so awesome that I figured out what I wanted to draw, and did this: 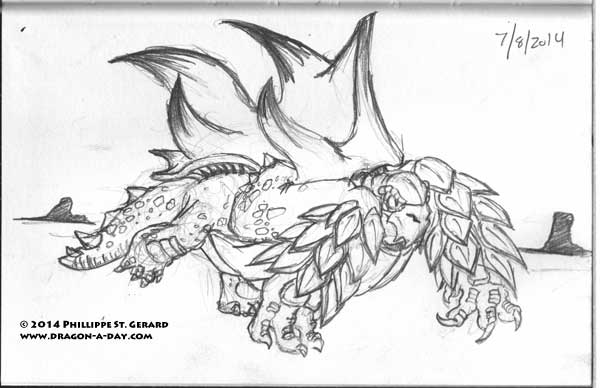 It’s not a dragon turtle (which is apparently a legendary creature, and not just a D&D monster!), it’s a dragon tortoise.

Looking at this made me think of the Blue Shell from Mario Kart, which in turn led to another spiky turtlesque worthy of consideration: 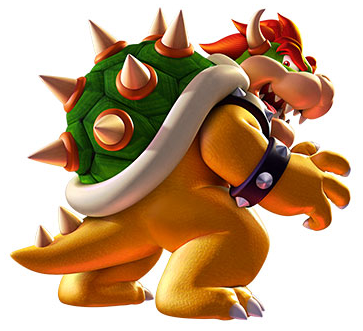 Bowser, King of the Koopas, needs no introduction, but here’s one anyhow.

I mean, he breathes fire, kidnaps princesses, lives in a castle. A few minutes seconds of Googling reveals that he might actually be a demon.

From Wikipedia:
In Japan, the character bears the title of Daimaō (大魔王?, lit. “Great Demon King”)

That notwithstanding, the nomenclature seems pretty cut and dried, especially if I’ve already let Godzilla in, but part of me is worried that I’ll find myself doing sketches of random Pokemon if this keeps up.