I had a longish, probably rambling post about the draconic mindset in mind a few hours ago, but then it became 2AM, and it flitted away from my thinking mind. It was centered largely on the idea of draconic contempt for nondragons, but too much of the flowery language I intended to use to make the points I wanted to make has wilted in the lateness of the hour, so I guess I’ll try and pick up those internal conversation threads another day.

The subject stuck in my head, though, so I drew this: 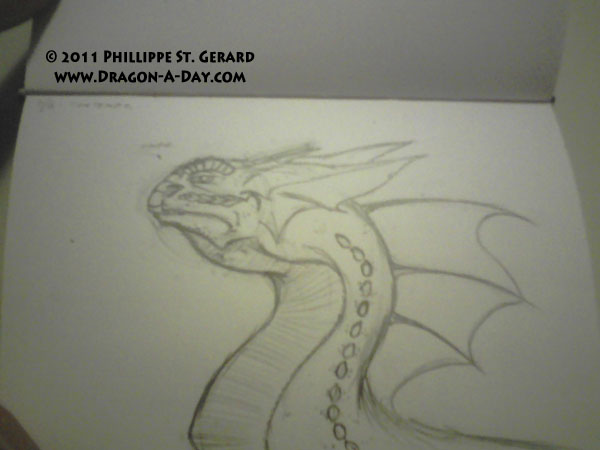 I wanted it to look as reptilian as possible (again getting back to the alien mindset thing) without getting overly detailed, and I believe that I succeeded. I’m not sure where the half-a-mile long ears came from, but they seem to fit, and the scaliness, including the row of irregular larger scales along the lateral line, somehow works. I think. 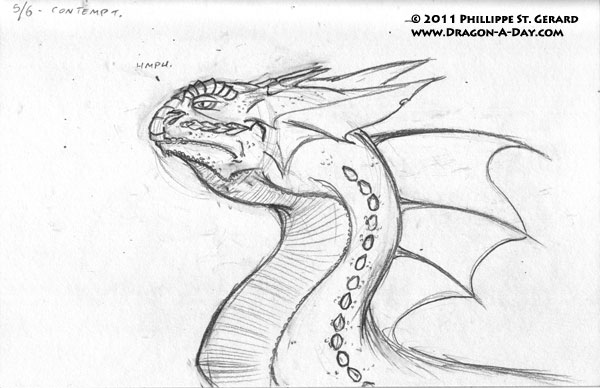 This entry was posted in Dragon-A-Day, Online, philosophy and tagged contempt, emotion. Bookmark the permalink.