So I thought about the mechanical amphiptere a bit, and this is what I came up with so far. It’s not much, really, but it’s something: 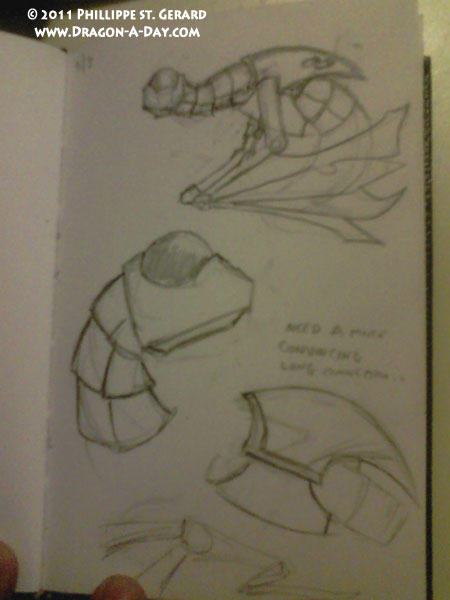 To differentiate it from its larger, four-limbed cousin, I squared off the muzzle. I toyed with some sort of venting on the sides of the main body, but am still not thrilled with it. especially how the wings are sort of stuck on, as I mentioned in the sketch.

So I kicked around the idea of it being built a little more like an actual skeleton. The mechanical dragon has a sort of ball-and-socket joint for its wings’ shoulders, but even that’s not 100% convinving- there’s no structure that could/should move the joint. 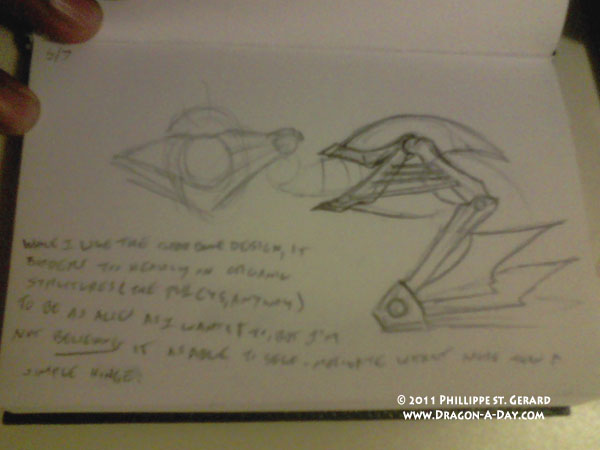 While I like the collarbone design, it borders too heavily on organic structures (the pulleys [and cables] anyway) to be as alien [and sleek] as I want it to, but I’m not believing it as able to self-motivate without more than a simple hinge.

I’m not sure. I may just end up covering it with an armor plate or something, though that probably won’t solve the problem and will only add bulk. Maybe I ought to look at primitive flying machines or something, along with more bird skeletons. This isn’t over yet. 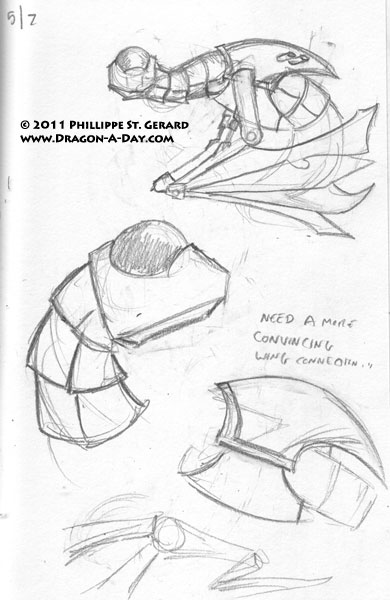 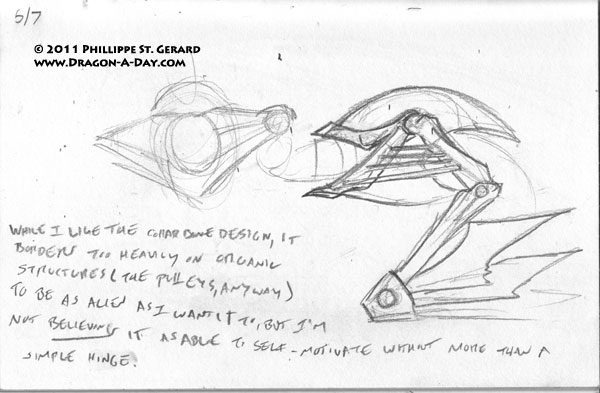 This entry was posted in anatomy, Dragon-A-Day, Online, Sketch and tagged amphiptere, mechanical. Bookmark the permalink.